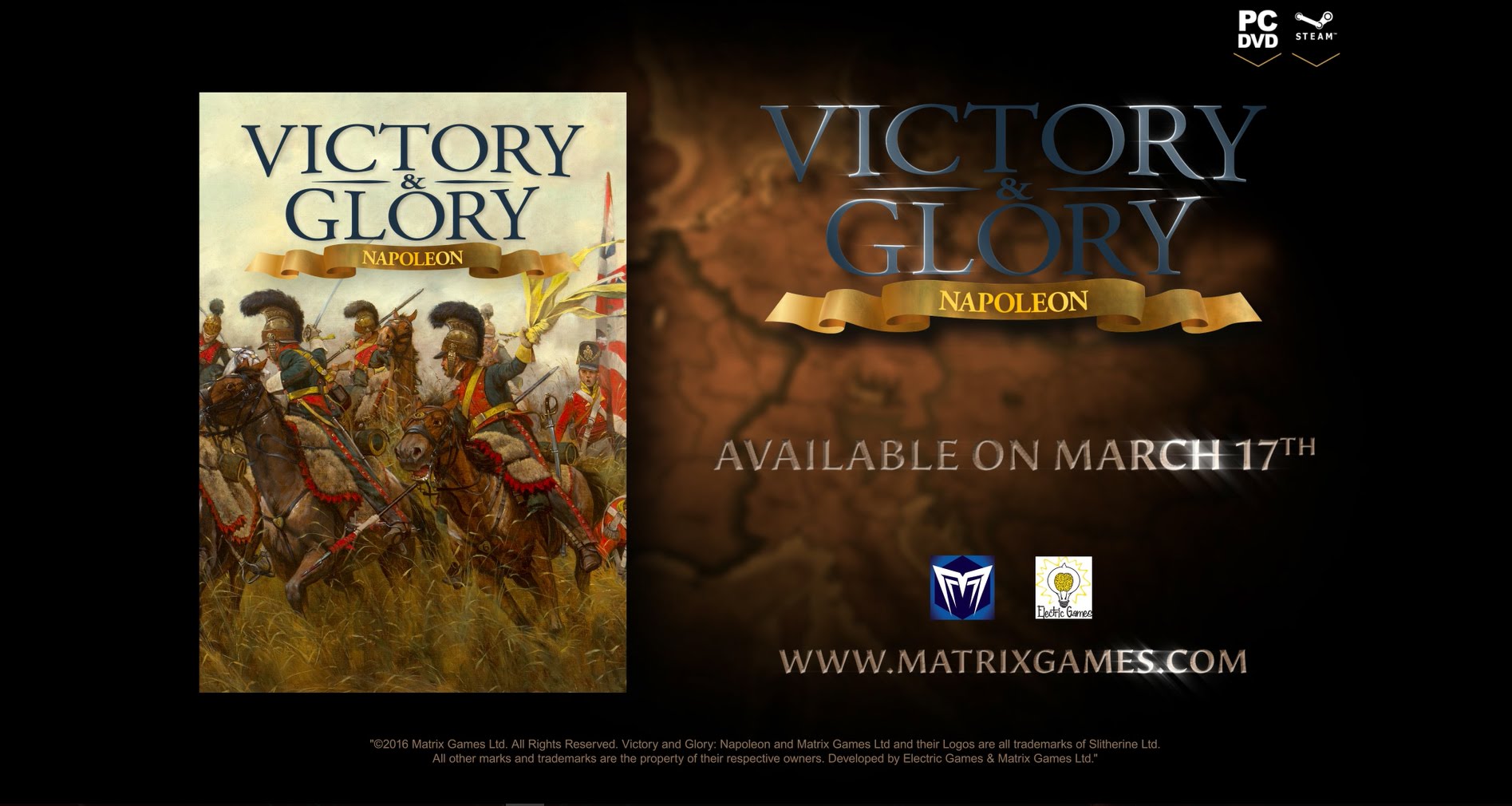 “Death is nothing, but to live defeated and inglorious is to die daily.” – Napoleon Bonaparte

Victory and Glory: Napoleon puts players in the role of Napoleon Bonaparte in his attempt to forge the French Empire and to expand it across Europe.

Designed by Glenn Drover, the creator of award-winning board-game adaptations of strategy videogames like Age of Empires III and Age of Mythology, Victory and Glory: Napoleon is a unique mix of clever design and slick gameplay gimmicks. It’s a game that will test the player’s skill through six campaigns with different starting conditions where the opponent is guided by a deep and challenging AI.

An integral part of the design is the cards system. This element adds a touch of unpredictability to each new game. There are almost 100 different “Event Cards” with art designed by Keith Rocco, that will give players and opponents, advantages on the battlefield . Each card gives special unit upgrades, new recruits or political actions that can change the delicate balance between the factions.