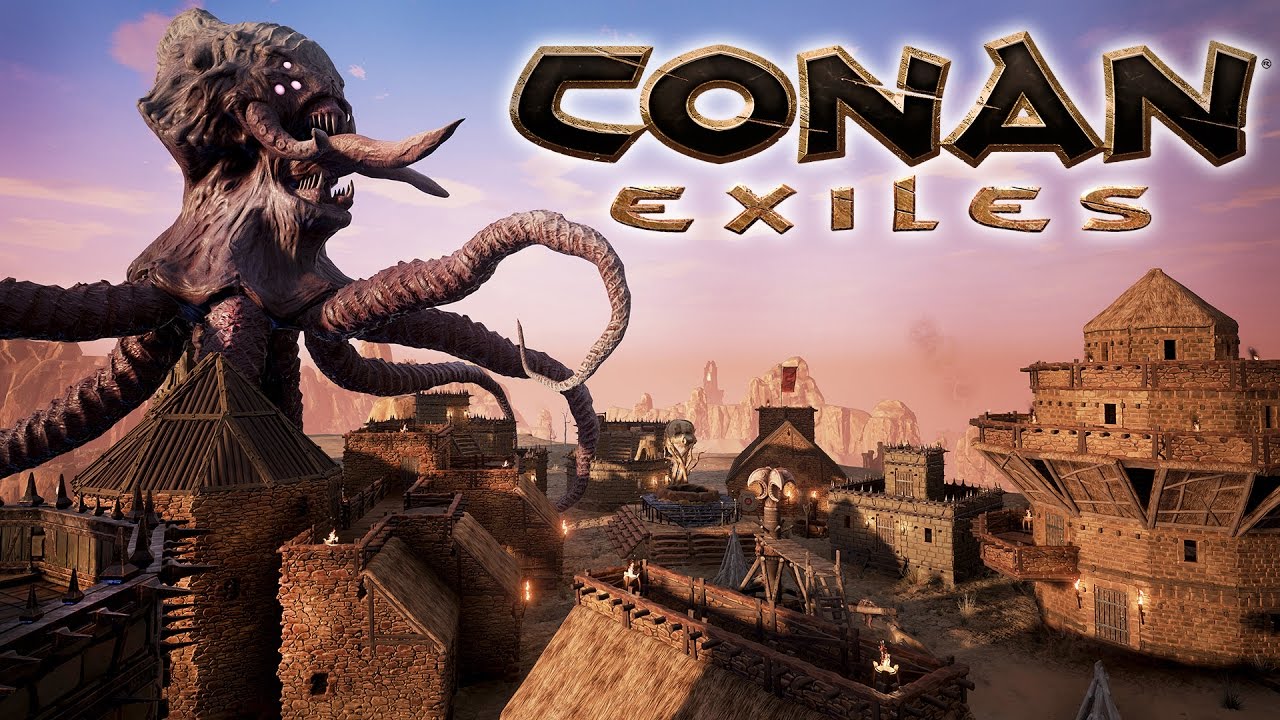 In just 11 days the barbaric open-world sandbox survival game Conan Exiles launches into Early Access on PC. The past two months has seen the Conan Exiles community grow rapidly as Funcom has revealed more and more information about the game including releasing the first two trailers based on the game’s ‘Survive, build, dominate’ tagline. Today Funcom is excited to release the ‘domination’ trailer revealing how players must engage in savage war and brutal combat to dominate the Exiled Lands.

‘DOMINATE in the World of Conan’ trailer:

“Take control of a towering god and drive your enemies before you as you crush their homes and conquer their land,” says Joel Bylos, Creative Director at Funcom. “That is the epitome of player vs. player conflict in Conan Exiles. We are giving players a huge, detailed open world where they can go out build a village, a city, or a vast empire in their name. If you are on a PvP multiplayer server, just remember there is always someone willing to take that from you!”

Combat is a key aspect of Conan Exiles and players will engage in brutal battles using anything from swords to warhammers and longbows. A violent fatality system ensures that they can slice each other in half or even see their own head rolling away from them in what is a savage and bloody combat system true to the spirit of the world’s most famous barbarian. To dominate the Exiled Lands, players will also have to build cities and fortresses to claim land, and they must go out and capture thralls to help them defend their settlements or create special weapons and armor. To truly dominate Conan’s world, they must also build altars to their god and bring them sacrifices to appease them. If they earn the blessings of their god, players will ultimately get to summon and take direct control of huge, towering avatars of the gods that can roam the world and crush both bodies and buildings under their weight. There will be several countermeasures against avatars and players can also choose to run and play on servers without avatars if they want to.

Conan Exiles is an open-world survival game set in the brutal lands of Conan the Barbarian, the world’s greatest fantasy hero. The game can be played on private and public servers, either in multiplayer or local single-player.

Conan Exiles enters Early Access on PC on January 31st and will also become available as an Xbox One Game Preview title in Spring 2017, with PlayStation 4 planned for later.