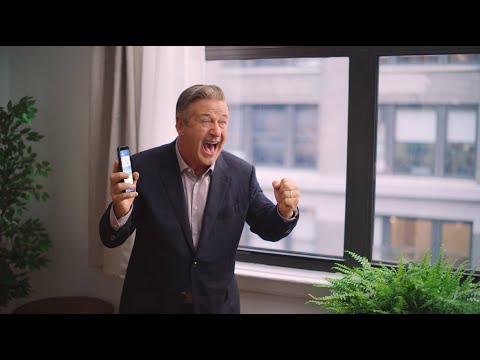 Zynga Inc. announced details of its creative collaboration with Emmy Award-winning actor, producer and director Alec Baldwin. A long-time player of Zynga’s iconic mobile game Words With Friends, Baldwin joins the title’s ongoing 10th anniversary celebration with a promotional content campaign, lending his signature wit and wry sensibility to humorous video vignettes that will be released over the next several months. In a sneak peek video interview just released, Baldwin discusses his personal connection to the game.

“It’s incredible to think back to my early days playing Words With Friends,” said Baldwin. “From playing on sets between takes, with colleagues, filmmakers and crew, to now, with my daily matches with my father-in-law in Spain, the game has been a constant in my life over the past decade.”

“Alec Baldwin not only partnered with us on this campaign, but was a true co-collaborator, from the early creative planning to the shoot,” said Bernard Kim, President of Publishing at Zynga. “He didn’t just bring his chops as an actor to set, he worked with our team to develop the concepts, hone the dialogue and be a true creative force for this content series.”

As a part of the game’s 10th anniversary celebration, players voted for “journey” as their ‘word of the year’, a testament to the friendships and community in Words With Friends. In the video interview, Baldwin discusses his own unique ‘word of the year’ choice, tied to his growing family and personal journey with fatherhood. In the candid conversation, Baldwin speaks about his most tenacious Words With Friends competitor (his father-in-law), tips for scoring in the game (don’t hold out for a specific letter) and who he would most like to play in the game in the future – his children.

New content featuring the legendary actor Alec Baldwin in various roles – from a daytime soap doctor to a safari-outfitted adventurer – will be released over the next several months.

Words with Friends 2 is available on the App Store and Google
Play.