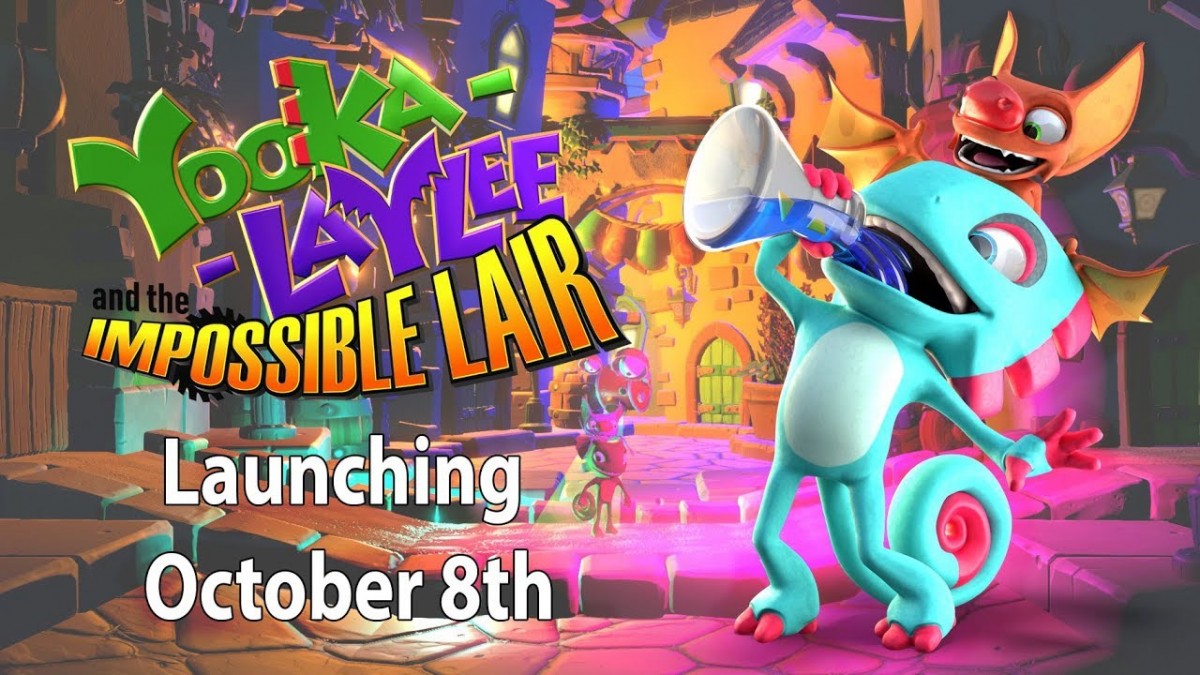 Yooka-Laylee and the Impossible Lair, the latest adventure from independent developer, Playtonic Games, is available to pre-order and will launch on PlayStation 4, Xbox One, Nintendo SwitchTM, and Windows PC, on 8th October 2019.

The return of ‘Tonics’, game-modifying potions first encountered in the original Yooka-Laylee, has also been confirmed. More than 60 Tonics can be collected, giving players the ability to mix up the game in brand-new ways. In Yooka-Laylee and the Impossible Lair, Tonics not only affect gameplay – including infinite rolling, harder enemies, and super speed – but also unlock new environmental and visual effects!

A range of exciting 2.5D levels sit within an expansive 3D Overworld, as Yooka-Laylee and the Impossible Lair sees the duo unite in order to rescue members of Queen Phoebee’s Royal Beettalion Guard from the dastardly Capital B, in a quest to ultimately take on his most nefarious challenge yet: The Impossible Lair.

Pre-orders for the game can be made from today, providing players access to the exclusive ‘Trowzer’s Top Tonic Pack’, a collection of four exclusive cosmetic Tonics perfect for players eager to start their adventure through the Royal Stingdom: