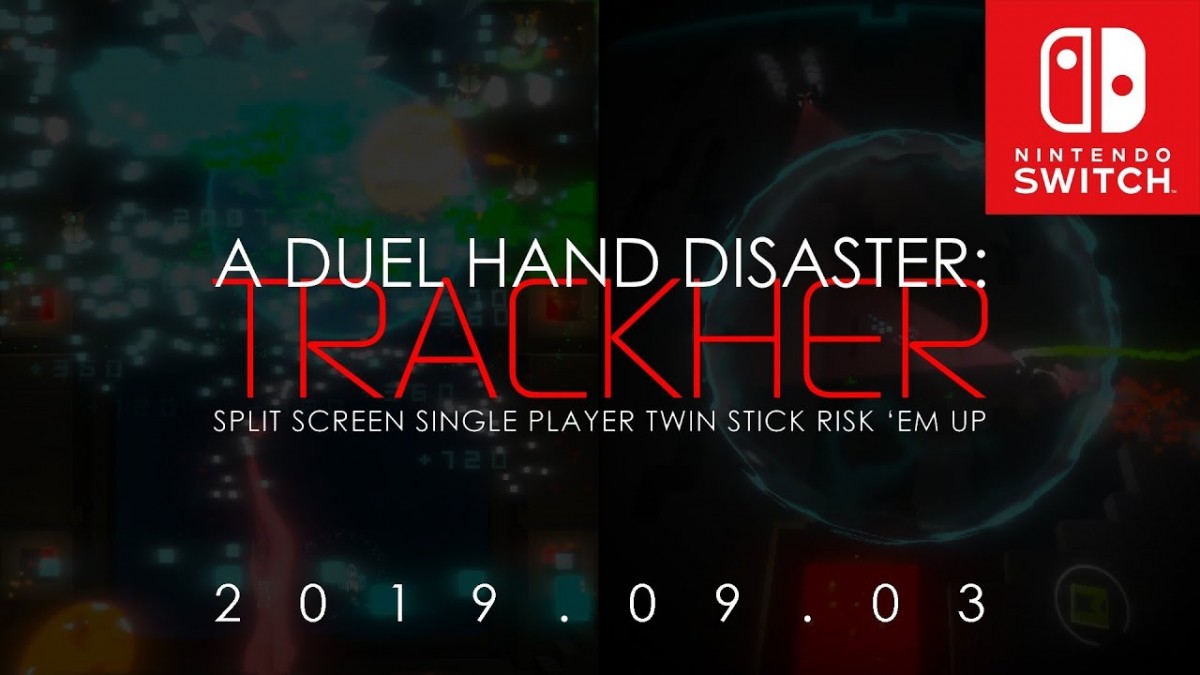 Independent developer Ask an Enemy Studios has announced that its split-screen single-player twin-stick risk-’em-up A Duel Hand Disaster: Trackher is out on the Nintendo Switch.

A Duel Hand Disaster: Trackher is a twist on the classic shmup formula as players control two ships simultaneously. Destroy incoming enemies on the left side to earn points, while recovering resources on the right to multiply those points. The left side does not take damage. The right side does. It’s complicated and that’s the whole point. The devil is in the details. Should you want to survive with your score intact, you’ll have to train both sides of your brain!

Adding further intensity is the fact that players lose their score when they die. Should you want to rank on the leaderboard, you’ll have to push the eject button yourself. Fail and not only will you lose your score, you also risk the chance of wiping your leaderboard position as well. Playing till death is not an option.

A Duel Hand Disaster: Trackher has been in development for over four years and in that time has been praised by numerous gaming media. Paste Magazine called it “enormous fun”,  Hardcore Gamer dubbed it “an awesome arcade shooter”, and IGN can be seen having a blast coming to grips with it at GDC 2016.