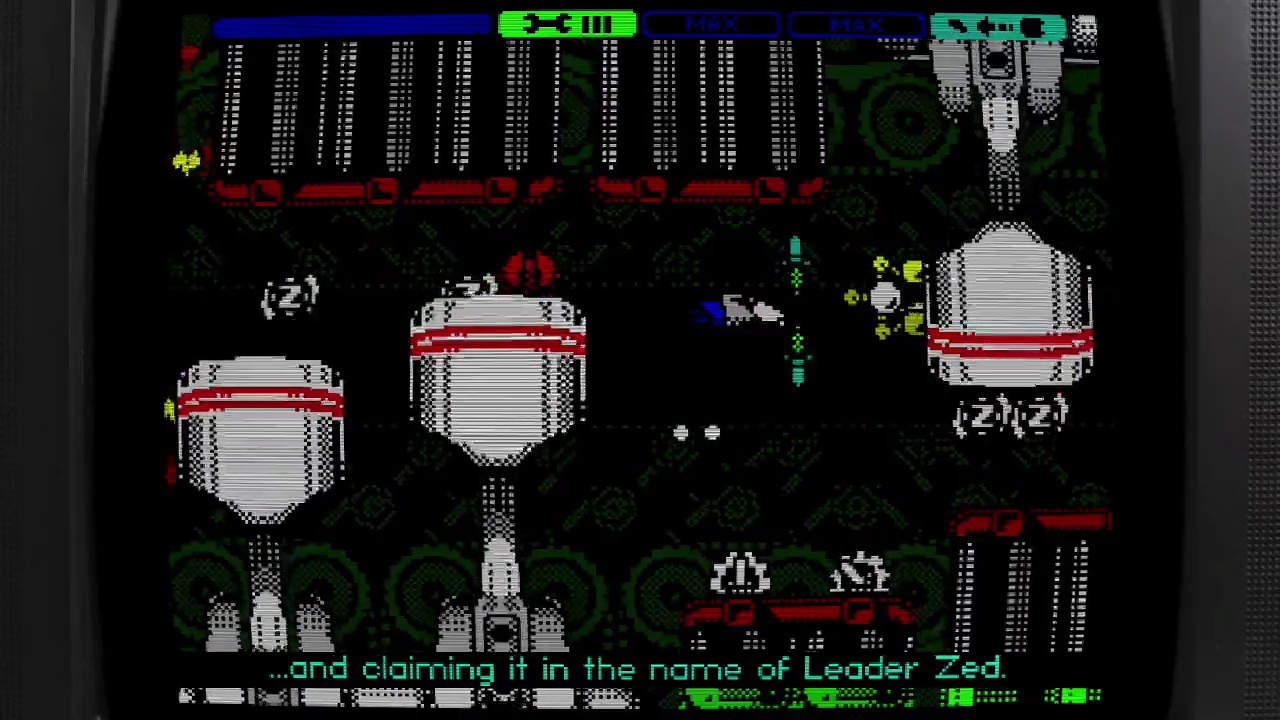 You are the Empire’s top pilot. Launching into an uncharted galaxy in your Z-Exemplar war craft, you have one purpose: to conquer all foes that stand in your way and claim every planet in the galaxy in the name of Glorious Leader Zed.

“Z-Exemplar” is a gloriously retro side-scrolling shooter in the tradition of R-Type, Gradius, Nemesis and other classic arcade games from the past. Borrowing its aesthetic from the computers of yesteryear (specifically the Sinclair ZX Spectrum) Z-Exemplar combines uniquely bright, bold, 8-bit pixel art with frantic action and an epic mission to conquer a galaxy of almost 1000 planets.

Z-Exemplar is available now from Steam.