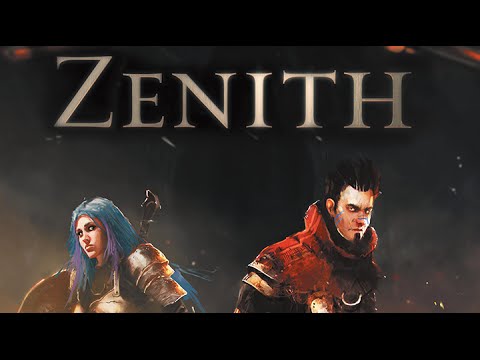 ARPG Zenith will burst onto the scene in Q2 2016 and has been nominated in 4 categories in the Game Connection America Development Awards! It’s nominated for:

Infinigon Games and publisher BadLand Indie will release Zenith digitally on PC, PlayStation 4, and Xbox One. Zenith combines that feel of the golden era RPG games with a generous dose of humor and parody. The game counts with a solid story which unfolds in a fantasy world populated by dozens of unorthodox characters.

^^^ What’s that even mean? What’s in it for you?
* Exploration: Yes, we’ve got a world map. Ain’t we just amazing?
* Bosses: Because everybody loves kicking the crap out of big monsters!
* Worldsaving: You’d think the government would be able to do what they’re being paid for instead of tinkering with apocaliptical devices. Just saying
* Dungeons: There are so many ruins and temples lying around the world that they almost count as a natural resource.

And because we all know you need a photo or it didn’t happen, here are some snazzy gameplay screenshots.

Other badass features:
•An actual story that is “really” happening in the game universe. It’s not allegorical or oneiric bullshit. We swear.
•Lots of characters that manage to be unique without being egotistical special snowflakes. And a few egotistical special snowflakes as well, what the hell.
•Tons of dialogue lines. We put some serious effort in them. Yeah, we know you’re going to skip them anyway, but at least we’ll try to make you feel guilty about it.
•Heavy in humor, but not to the point of “anything can happen because the funnies”. The jokes work for the story, and not the other way around. We have some standards! We… may not have seen them in quite a while, but they must be around the office, somewhere.
•Parodies and references. Because poking cruel jokes at successful franchises is a good way to drown our bitter envy. Eh… We mean… Because some well meaning fun will strengthen our fraternity bonds with the fellow creators of the world.
•No multiplayer. Yup. This is a feature these days.
•Some exclusive music pieces by the talented Murray Atkinson. No, we are not gonna make a joke here. The guy rocks.

What about the story?
Right, back to that. Adventuring, exploring ruins, accidentally unleashing the apocalypse, saving the world… you’ve done it all, and so has Argus. And, frankly, he’s a bit fed up with the whole thing. He used to be a wizard, which was fine and all, but he’s in his 30s now, and he wants to settle down, get some peace and quiet. But that’s not easy to get with all those spike-haired buffoons dragging their giant swords around and ruining the pavement. Specially when you’re trying to keep a dangerous artifact hidden from meddling heroes with a chosen one complex.