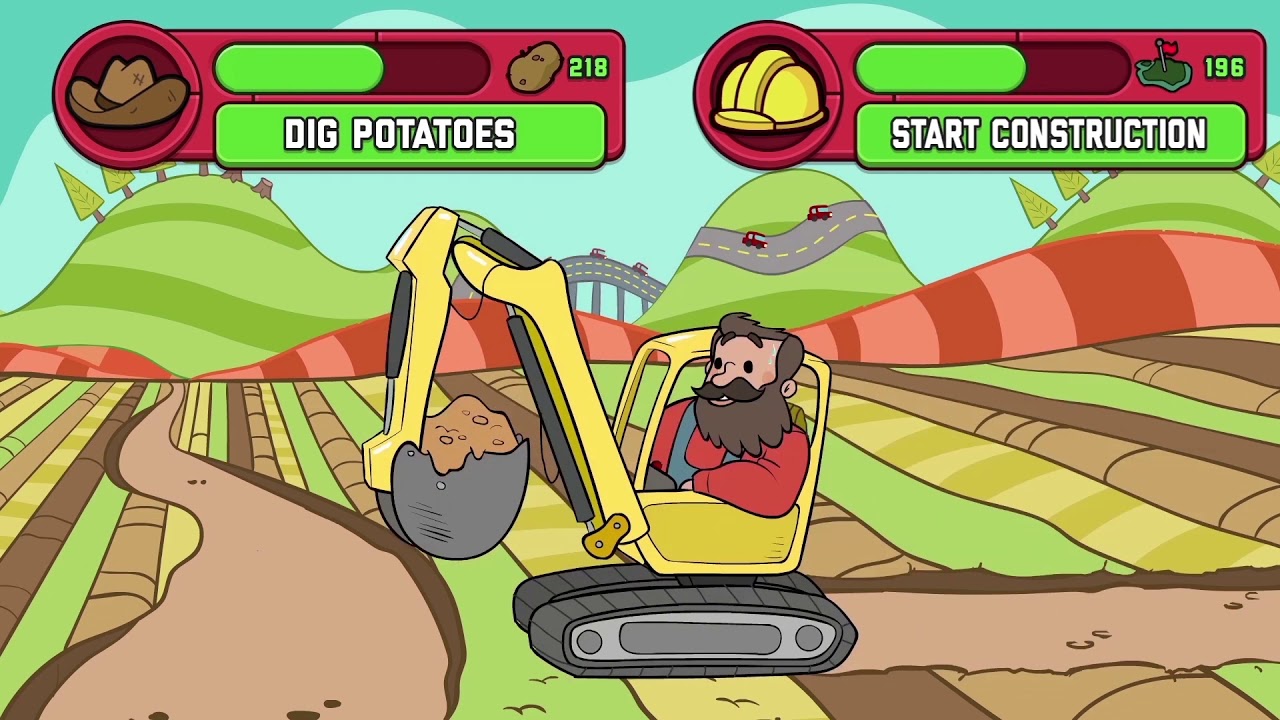 Kongregate, a leading publisher of mobile, PC, console, and web games, and Canadian game developer, Hyper Hippo Productions, launched AdVenture Communist on mobile devices, the BEST clicky idle game ever made by human beings, probably! The follow up to 2015’s genre-defining idle simulation game, AdVenture Capitalist, AdVenture Communist continues to innovate on the idle genre with a complex game economy that brings a strategic element to the gameplay.

“AdVenture Communist is more than AdVenture Capitalist with potatoes. It’s a game that gives players the true “socialist” experience – with more complex economies, resource scarcity, and lots of people doing what the government says. But, it’s still got that strangely-addicting feel you’ve come to expect from the world of AdVenture,” said Cody Vigue, Hyper Hippo Creative Director/Lead Designer.

In AdVenture Communist, the player must assume the role of Glorious Leader, and grow their tiny country into a global communist superpower! Do this by farming potatoes, digging up precious ores, and doing just like a ridiculous amount of task delegation. As your country attracts more comrades, you must assign them to be farmers, miners, nurses, and even soldiers – and boy, are they excited to be told what to do. Overtime, you’ll start investing trillions upon trillions of resources, managing teams of scientists to create experiments, and even traveling through time – just like a real Communist!

There are medals to earn, ranks to achieve, special boosts to craft, and lots of strangely addicting progress bars to watch go go go. It’s everything a comrade could ask for in a Communism simulator – just like you’ve been asking for. It’s smart enough for a socialist, and easy enough for a Capitalist!

“We were a bit skeptical of the Communist theme when we first heard about the game, but having worked with Hyper Hippo before, we trusted their vision, and we were right to,” said Pany Haritatos, COO at Kongregate. “AdVenture Communist does a great job of capturing the humor of the first game, and reworking it into something new. Plus, it is just plain fun.”

Players can start building their glorious communist state for free today on iOS  & Android. It’s so simple even a Capitalist could do it! Do it now. Is mandatory government prescribed fun.