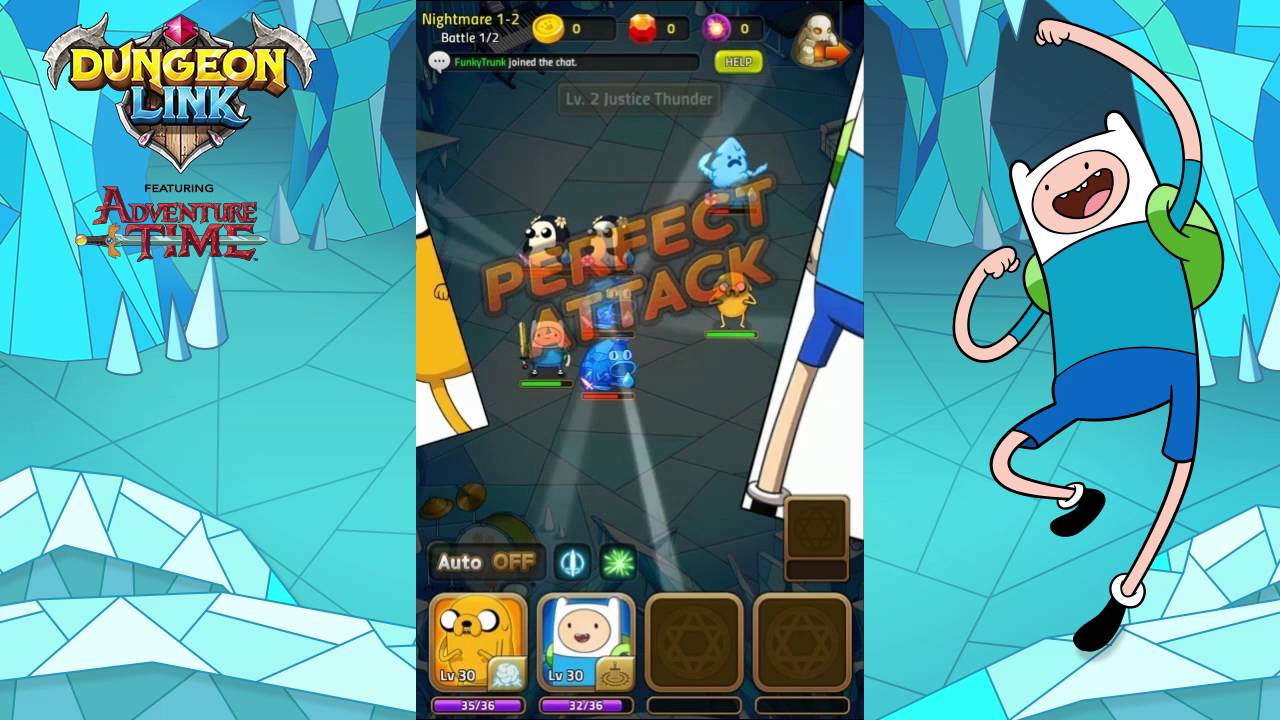 · Three Unique Episodes: Enjoy three new and exciting Adventure Time scenarios to play through. Each episode will take you on epic journey as you travel with Finn and friends while battling against new and familiar enemies. Episode one: Ice Kingdom will have players uncover the whereabouts of the missing Ice King. In episode two, players must travel through the Ancient Hero’s Temple. Finally, in episode three, our heroes will face off against the wicked Andras, the Demon God!

· Unique Character Abilities: Dungeon Link’s heroes have access to powerful abilities, and the Adventure Time cast is no different. Each character can perform special abilities, such as the ability ‘Jake Hammer ‘which has Jake smashing all enemies with his giant fist and has a chance to stun all targets.

· New Tree Fort: Players will use Finn’s famous Tree Fort as new base of operations while travelling across the Land of Ooo.

Published and serviced worldwide by GAMEVIL USA, the collaboration with Cartoon Network continues to expand mobile gaming into the many different mediums of entertainment and media.

More About Dungeon Link: Adventure Time
Discover the world of Kanterbury on your quest to defeat the Demon King. Find and recruit new companions along your journey. Train and enhance your heroes to unlock their powers.

Connect matching colored tiles to attack. Cover the entire board by linking matching tiles to unleash a devastating strike.

– Unleash a Perfect Attack by using the entire board!

– Use the elements to take advantage of the flow of battle!

– Wisely use each hero???s special attack to gain the upper hand!

– Collect over 250 different heroes to create the ultimate team!

– Train and evolve your summoned heroes to unleash devastating attacks!

INVITE YOUR FRIENDS TO JOIN THE ADVENTURE

– Make friends and conquer the toughest dungeons together!

– Earn rewards by helping your friends!

– Compete against other adventurers to be the best!