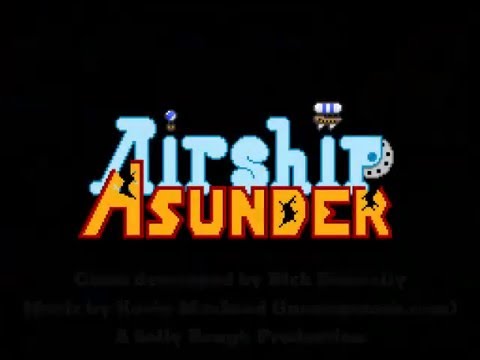 Captain your mighty airship and expand your steampunk empire, on a quest to save the world from ruin! Bend the flat earth to your will with powerful magic spells, search ancient temples for lost relics, and defeat the evil forces of the vicious Pirate King! With each relentless five-second turn, the land around you slowly crumbles into the abyss. Will you stand against the chaos and reclaim your dying world, or will it be torn asunder?

Airship Asunder mixes a blend of beloved classic 2D games like Seven Cities of Gold, Ultima IV, Colonization, M.U.L.E. and Intellivision’s Utopia into one experience, with a nod to the nostalgic days of dot matrix printers and monochrome displays. Using server-authoritative architecture, the game moves easily from an engaging single-player colonization adventure to a multiplayer world capable of supporting hundreds of players. Take your solo play online at any time!

Airship Asunder is available now at itch.io – early adopters get 70% off: http://www.airshipasunder.com

– Single or Multiplayer: Play with (or against) friends online
– Drop-In Game Play: Join live servers already in progress
– Full Mod Support: Change the game or make your own adventure
– A Complete Game: no paid DLC, no in-game DRM, updates are free