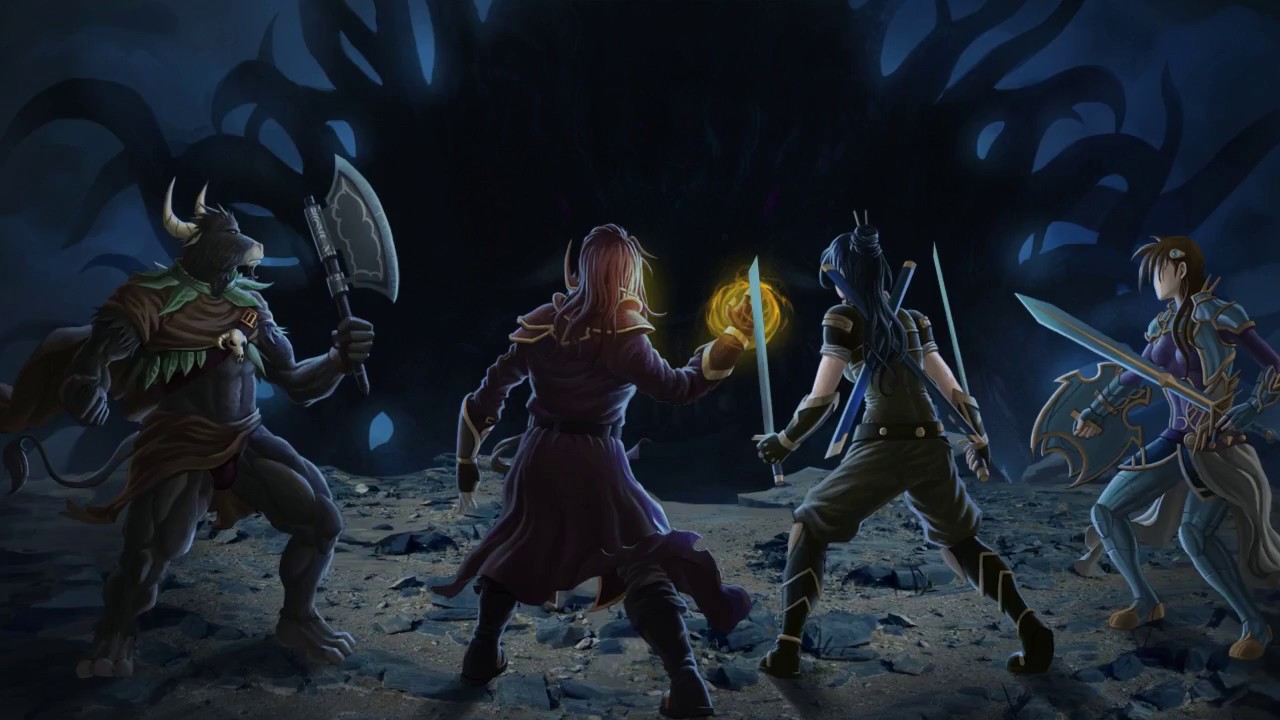 After five years of development, Dragon Slumber is proud to release ARELITE CORE , an epic windows JRPG, on Steam and other platforms.

Forge your legacy in an epic story of a life time as you join Karden, a master blacksmith from the mountains of Arreal, who must stand alongside a cast of unlikely heroes against the forces of the demonic entity Talameq. Travel across a large, diverse world filled with different races, cultures and political ideologies.

Players will have to master an involved battle system to conquer the legions of monsters. To stand victorious, they must customize each party member’s unique stances, master powerful blitz techniques, stun their enemies and unleash deadly combos. By finding ore along their journey, they may also forge powerful new weapons and armor.

“Arelite Core is all about bringing back that classic 90s JRPG cinematic feel” , designer and programmer Kevin Giguere explained. “By focusing on the presentation of the story and the dynamic battle system, I wanted to offer an adventure that harkens back to our idealized memories of the 16 bit era.”

ARELITE CORE is available now on Steam and other distribution platforms across the web, at a launching price of 15.99$ for a limited time.

•20 hours of story-driven gameplay, no grinding required
•Fully interactable environments with plenty of secrets to discover
•Crisp high resolution graphics
•Over 100 unique and detailed animated monsters
•Dynamic battles with combos, stances and blitz special attacks
•Mine ore to forge unique master weapons and armor
•Control the game using a gamepad, your mouse, or just a keyboard
•Unique retro styled soundtrack with over 30 tracks