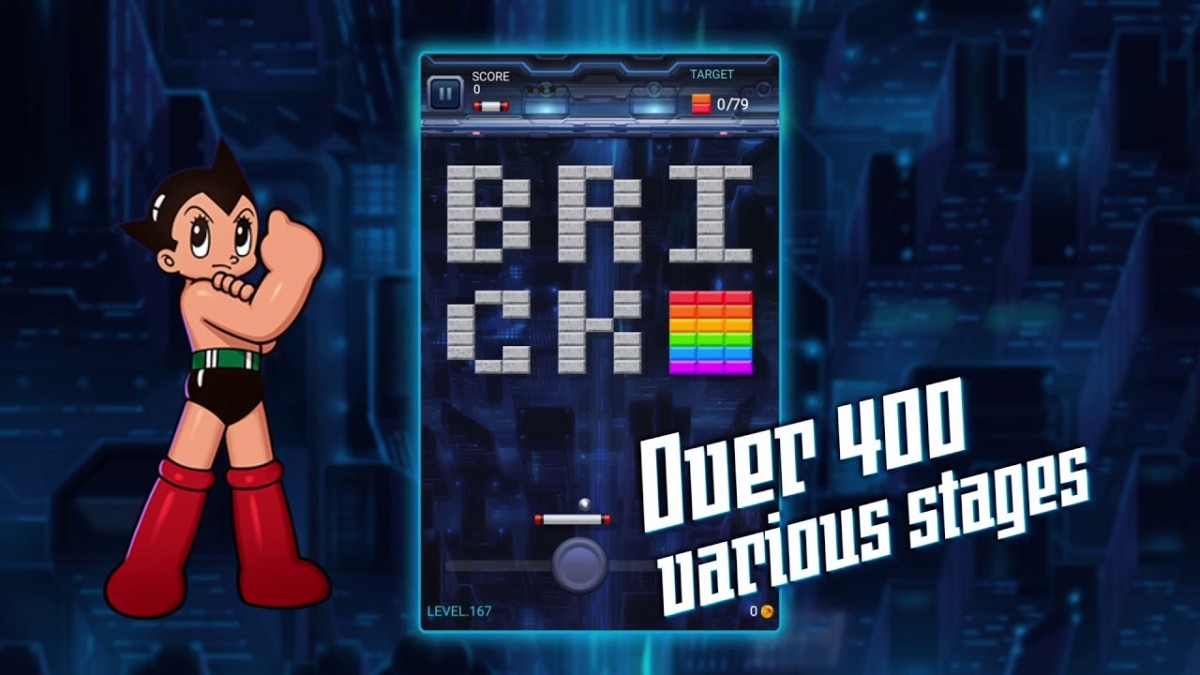 Mobile arcade genre ‘ASTRO BOY : Brick Breaker’ was developed after the official licensing with ‘Tezuka Production’ in Japan and launched on global through the Google Play and Apple App Store except China.

Gamers will challenge total 400 stages and each stage will have a variety of fun with different types of bricks, remove all bricks or defeat a monster while power light off, etc.

This game can be played without internet connection after the download and to remove download burden, it’s download size is less than 20MB. A player can also enjoy a story of Astro Boy to rescues the earth against the conspiracy of Dr. Brick who threats the earth to make it a block.

‘Astro Boy’ is a popular SF comic which was released in the monthly comic magazine ‘Shonen’ and it was born in TV animation and loved to be broadcasted in the 40 countries as well as Japan.