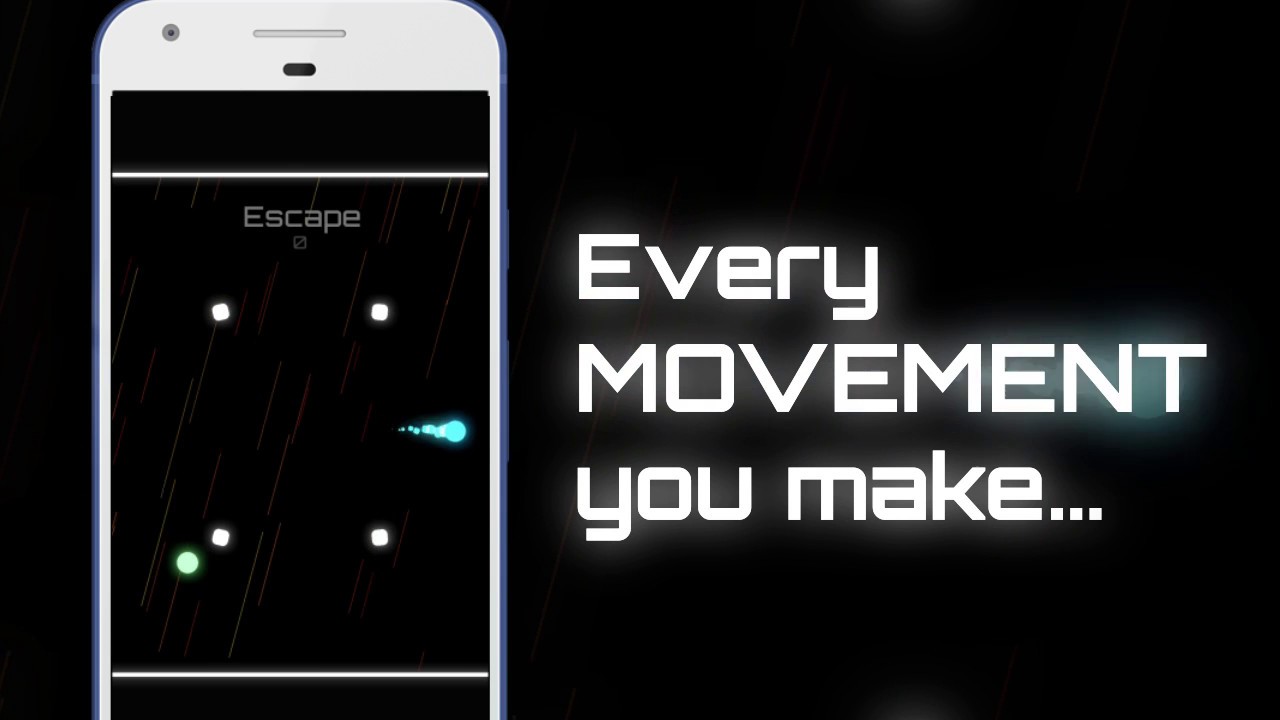 Autonomy is a free fast-paced action game that combines a neon-retro art style with fast arcade-style gameplay that pits you against past versions of yourself.  The unique mechanic of the game is that each obstacle that appears uses the movements you made completing a previous level.  It’s a real test of nerves, as the more predictable you make you movements, the easier a time you’ll find yourself having.

The game is releasing on the Google Play Store this week, and will be coming to iOS in December.

Autonomy is the latest project from Unruly Attractions, who have previously released the 3D Puzzle-Platformer Standpoint, and the small endless runner Ready, Aim, Flee.   The concept was originally developed during Ludum Dare 31 (one of the biggest online game jams), which had the theme Entire Game on One Screen.  In the two years after that, Autonomy was a side project for the studio, slowly iterating on the gameplay and artistic direction.