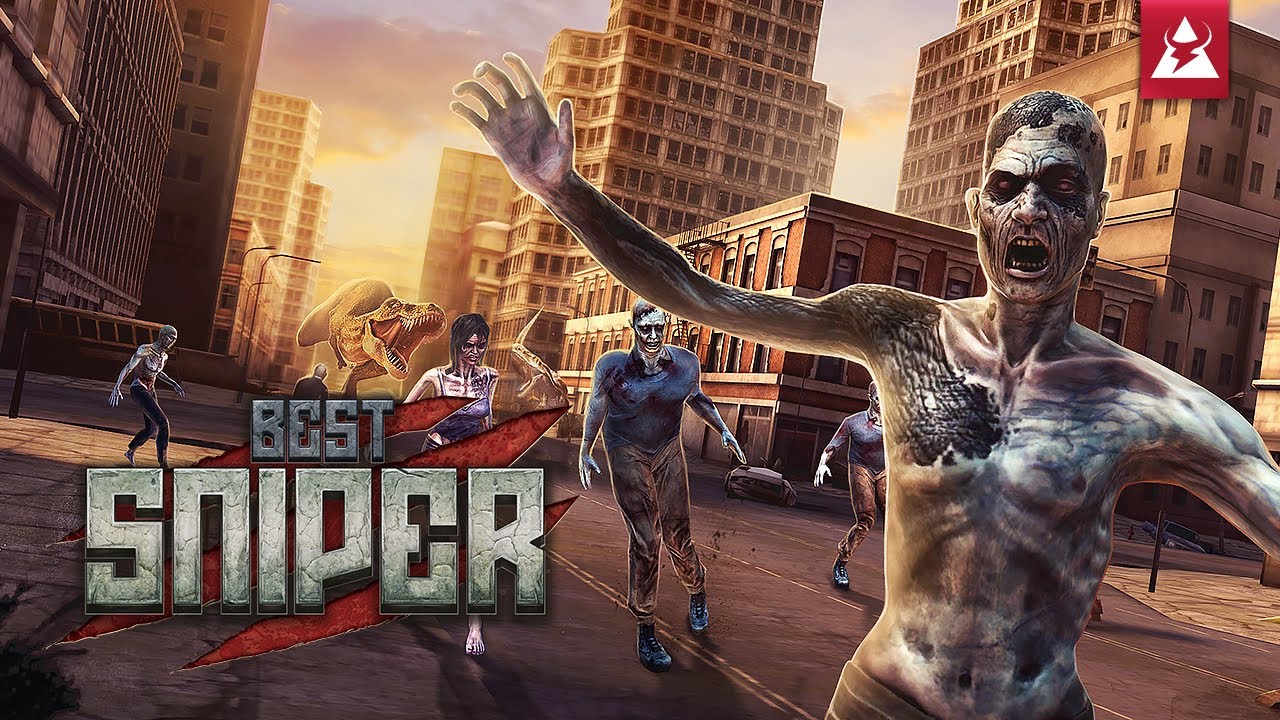 As humanity now faces imminent extinction following a failed experiment to fuse human and dinosaur DNA, players have been urged to join the fight and help save mankind from the mutant plague. Now available on Google Play Best Sniper: Shooting Hunter 3D tests players precision shooting skills by placing them in a post-apocalyptic world infested by Zombies, dinosaurs and mutant Humanosaurs.

In the game, players embark on a series of missions to test their sharpshooting skills against a variety of flesh-eating threats. Would-be hunters will are rewarded for their ability to accurately hunt their prey on both land and underwater using the latest weapons. This includes the capacity to utilize thermal imaging scopes for precision kills on major organs including brain and lungs.

Set across five regions and six maps, Best Sniper: Shooting Hunter 3D’s locations include the once-thriving town of New Coastport, now reduced to rubble and decay, the exotic, ancient Shasta Mountain, home of Aztec temples and ruins and Fairfield Base, a guarded fortress overrun by enemy hordes. Snipers are offered a choice of 14 modern and classic rifles, each with 15 upgradable categories for improved zoom, camouflage and reload capabilities.

Special abilities can be activated on select weapons at higher levels including the waterproof ability for deep-sea dive missions or tropical conditions. Players in need of additional firepower can equip up to 3 other items, including crystal bullets for increased damage and flash grenades that are designed to stun large groups of enemies for easier kills.

For hunters that wish to prove their abilities further, there are five extra challenges and modes to give players the chance to eliminate dinosaur threats and bosses based on set criteria. Daily Hunts offers bite-size bursts of sniping fun for bonus loot, XP and gems.

The apocalypse is here, and recruits are desperately needed. Join the fight now or perish.