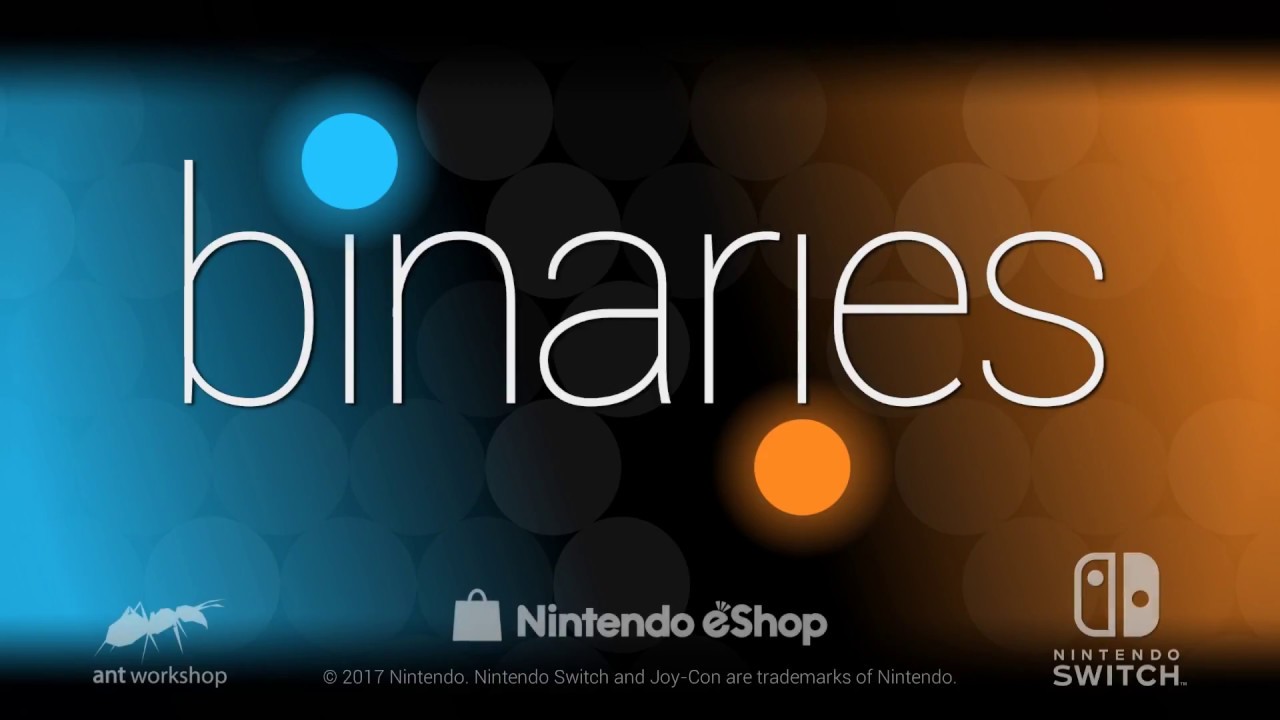 Get your brain, reflexes, and swear jar at the ready because independent game developer Ant Workshop is delighted to announce that their BAFTA nominated game, Binaries, is now available on Nintendo Switch™.

Binaries is a rock-hard puzzle platformer with unique dual character control. Test your reflexes as you simultaneously guide two lovable[1] balls through over 100 brightly coloured challenges in a controller-smashingly[2] tough platformer. Control both balls at exactly the same time using the same set of controls as you try to avoid the death and danger that awaits their every move.

The first major release from Ant Workshop, a small independent game developer based in Edinburgh, Scotland, Binaries features a non-linear map, so players can choose their own route through the game, and intense beat the clock levels to get their adrenaline pumping. With an adaptive music score which responds to a player’s gameplay, and hidden gags throughout, the colourful Binaries world is as charming and inviting as its puzzles are addictive and heart-pounding!

Binaries won Best Gameplay Design in the 2017 Game Design Awards, and is also available on available on PC, Mac, PlayStation 4 and Xbox One.

[1] May not be lovable
[2] No controllers were harmed in the making of this game
[3] At least ten of them, joke fans