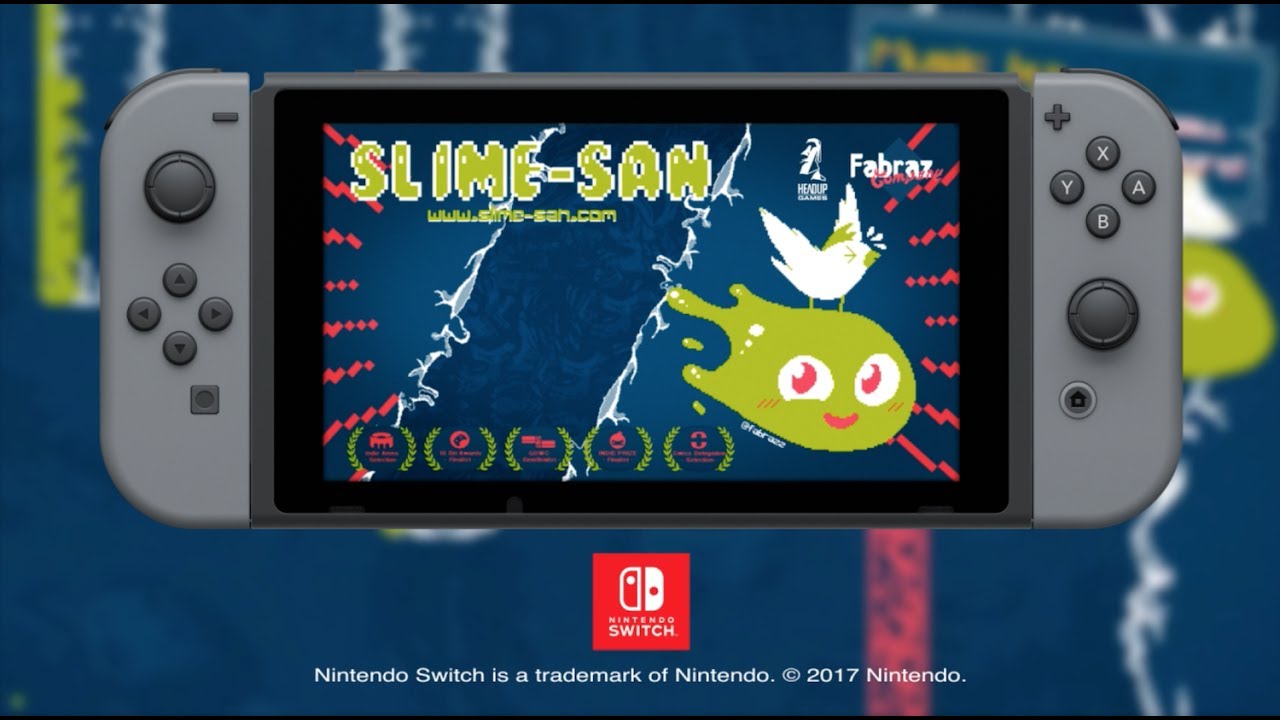 Headup and Fabraz are ecstatic to show off the action-platformer Slime-san on the Nintendo Switch!

Jump and slime your way through 100 levels in a unique 5-colored, pixelated world and escape from a giant worm’s innards. Feel the impact of your slime like never before with the HD Rumble you can only get on the Switch! Get your shopping done in Slumptown, a town full of survivors within the worm. Unlock different play styles, outfits, shaders and even multiplayer mini-games that can be played locally with one set of Joy-Cons!

Slime-san already received several awards and is developed by Fabraz, an independent development studio located in New York that also released the critically-acclaimed games Cannon Crasha and Planet Diver before.