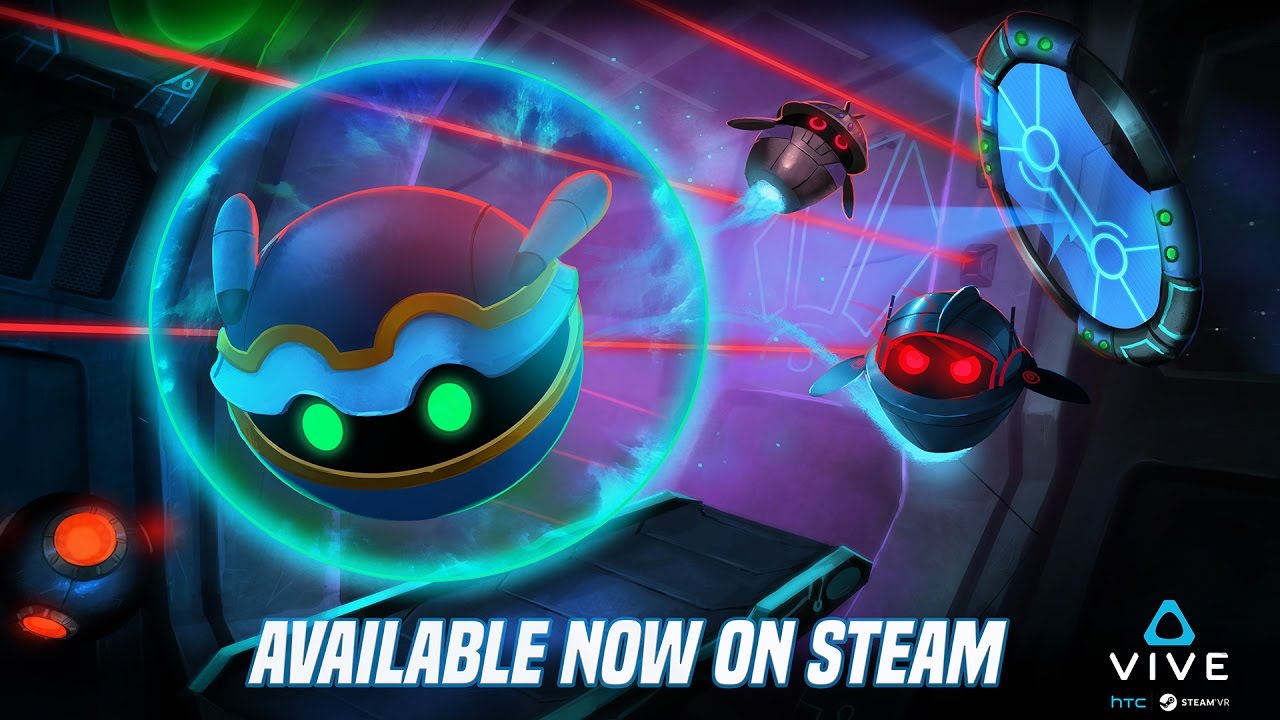 Steel Wool Studios — an independent VR development studio formed by creative veterans of Pixar Animation Studios, Lucasfilm, and Telltale Games —  today announced that Bounce, their VR physics-based puzzle adventure, is now available for HTC Vive on Steam. Under the supervision of H8-Bit and 2Bit, two robots tasked with overseeing security of the intergalactic spaceship, players must help D1G-B, their spherical robot companion, traverse 50 in-game levels using an array of gadgets at their disposal to exit each level’s portal. To celebrate the launch of Bounce, players can pick up the game on Steam at a sale price of $19.99 for a limited time.

“What I love about Bounce is that there is not one fixed way to solve any level, and you’re really tasked with using your own personal creative ability to use the tools at your disposal to help transport D1G-B to her destination. For every player, it means near-endless variation for solving each puzzle level”, says Jason Topolski, co-founder at Steel Wool Studios. “Everyone looks at problems differently, and it’s the same for player-solutions to Bounce. We’re excited to see how players solve the puzzles we’ve prepared for them, and look forward to seeing some new faces on the in-game leaderboards!”

With moving obstacles, laser gates, gravity wells, and multi-floor levels obstructing the path of D1G-B, players will have to use their creativity to construct solutions. In order to help D1G-B through each level of the spaceship, players have an assortment of tools at their disposal:

Boards, Half-pipes and Pipes: Use this conventional hardware to easily guide D1G-B through each level. This is the easy stuff.

Treadmills: Do you like the sense of speed? That’s the idea here – when D1G-B touches down on the belt, he will shoot off in the direction of your choosing!

Accelerometers: Were the Speed-belts not enough? Step into the danger zone with a tool that uses an advanced gravity well to create instant acceleration for any object that enters. Beware!

To coincide with the launch of Bounce, Steel Wool Studios has also released the acclaimed in-game soundtrack, available now on Steam as a standalone purchase or bundled with the full game.