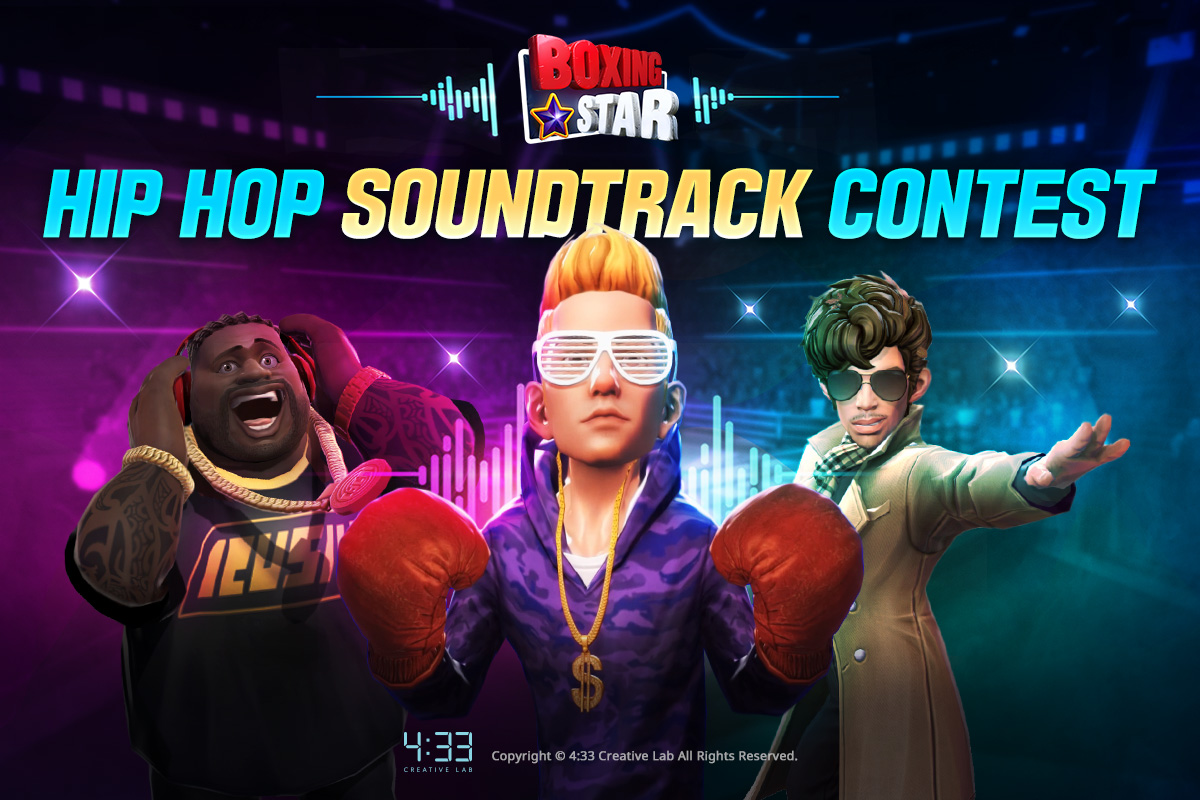 Boxing Star is a mobile sports game featuring intense boxing matches with intuitive and easy controls. Currently the game in service in more than 140 countries and surpassed 20 million downloads in one year. Boxing Star Hip Hop Soundtrack Contest is about a new soundtrack for a new mode in Boxing Star. Anyone around the world who loves Hip-hop and Boxing Star can participate. Any Hip-hop soundtrack can apply if it well expresses the exciting atmosphere and energy of the new game mode.

Min-kyun Park, director of 4:33 Champion studio said, “Boxing Star features easy and intuitive control and players can enjoy intensive boxing matches.” He further stated, “We hope this contest can provide entertaining experience for all users around the world, and we will plan more exciting events for the global users to participate.”

You can find the details of the contest at official Boxing Star Hip Hop Soundtrack Contest page.

About Boxing Star
Boxing Star is a mobile sports game featuring intense boxing matches with intuitive and easy controls. The game provides an immersive Story Mode and Multiplayer League where players can knockout their opponents. Players can also personalize their fighting style with various skill combinations and equipment. As evidence of Boxing Star’s immense global popularity, it surpassed 10 million downloads in just 98 days.