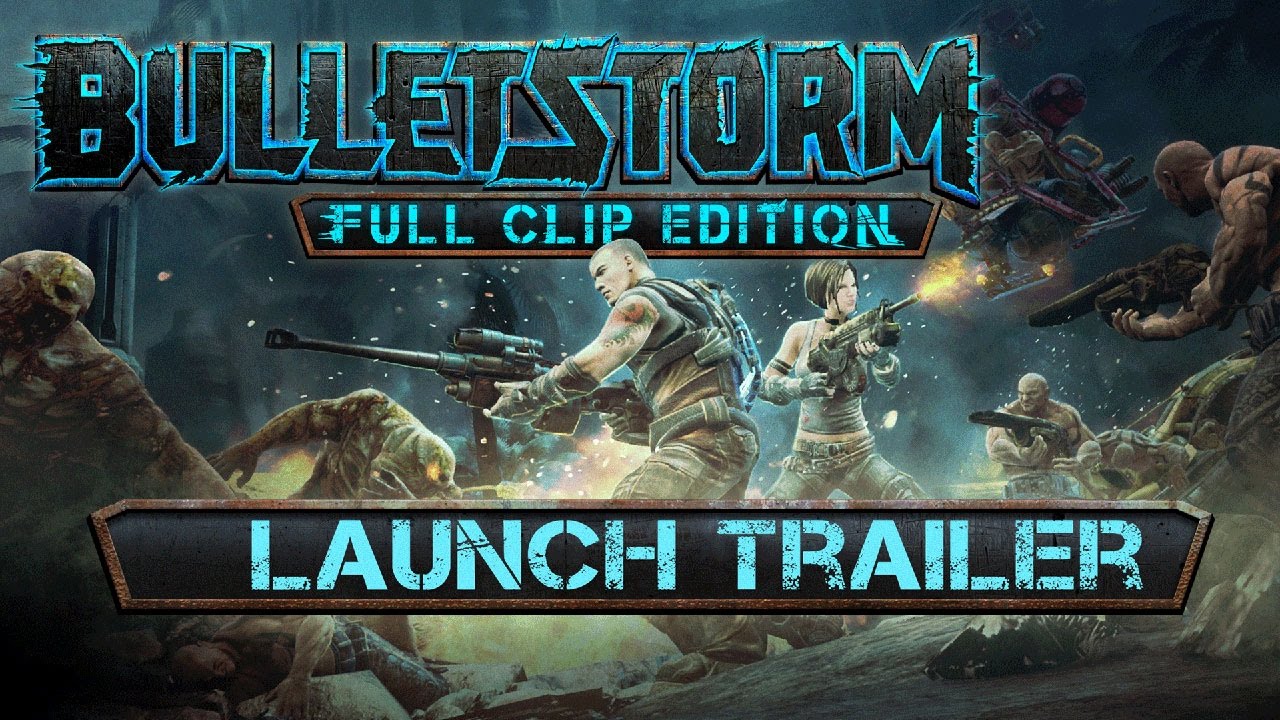 Developer People Can Fly and publisher Gearbox Publishing are pleased to announce that Bulletstorm: Full Clip Edition launches today on the PlayStation®4 computer entertainment system, Xbox One, the all-in-one games and entertainment system from Microsoft, and Windows PC. Featuring updated hi-res textures, increased polygon counts, sterling audio, smoother framerates, and running in up to 4K resolution on PC and PS4™ Pro, this upgraded and definitive version of the action-packed, critically-acclaimed first-person shooter comes with all the previously-released DLC along with brand-new content.

“Everyone at People Can Fly is thrilled to be bringing Bulletstorm back to gamers around the world,” said Sebastian Wojciechowski, president of People Can Fly. “The team has poured their hearts into this project, and worked tirelessly to ensure that this is the best Bulletstorm experience for fans the world over. We are thrilled to be bringing this franchise, which we hold dear to our hearts, to a new generation of gamers.”

Now available on PlayStation®4, Xbox One, and Windows PC, Bulletstorm: Full Clip Edition is the ultimate Bulletstorm experience, and includes:

•The Total Package – All previously-released content, including the Gun Sonata and Blood Symphony add-on packs, now on modern platforms.
•New Overkill Campaign Mode – Upon completing the main campaign, blast through this New Game+ mode with an unrestricted arsenal of weapons and Skillshots.
•New Echo Maps – Players can showcase their skills on six brand-new levels for the score-based Echo Mode.
•Killer Visuals – Presented with updated models, environments, and animations all running at 60fps across all platforms.
•The Art of Destruction – Pull off masterful kills by mixing fast-paced gunplay with unique kick, slide, and leash combos.
•Visceral Audio – Orchestrate a crescendo of chaos with newly remastered audio effects.
•Duke Nukem’s Bulletstorm Tour – Play through the entire Bulletstorm: Full Clip Edition campaign as Duke Nukem, featuring full voice over and brand-new lines from Jon St. John, the original voice of Duke.

“It has been an honor working with People Can Fly to help bring new gamers to the franchise People Can Fly has built with Bulletstorm” said Steve Gibson, Head of Gearbox Publishing. “Bulletstorm: Full Clip Edition is truly the definitive version of the game, as it takes the experience to a new level of presentation and graphical fidelity that has exceeded expectation. Whether this is your first time playing in this universe, or you’re coming back to Stygia, there are incredible new experiences waiting for you.”