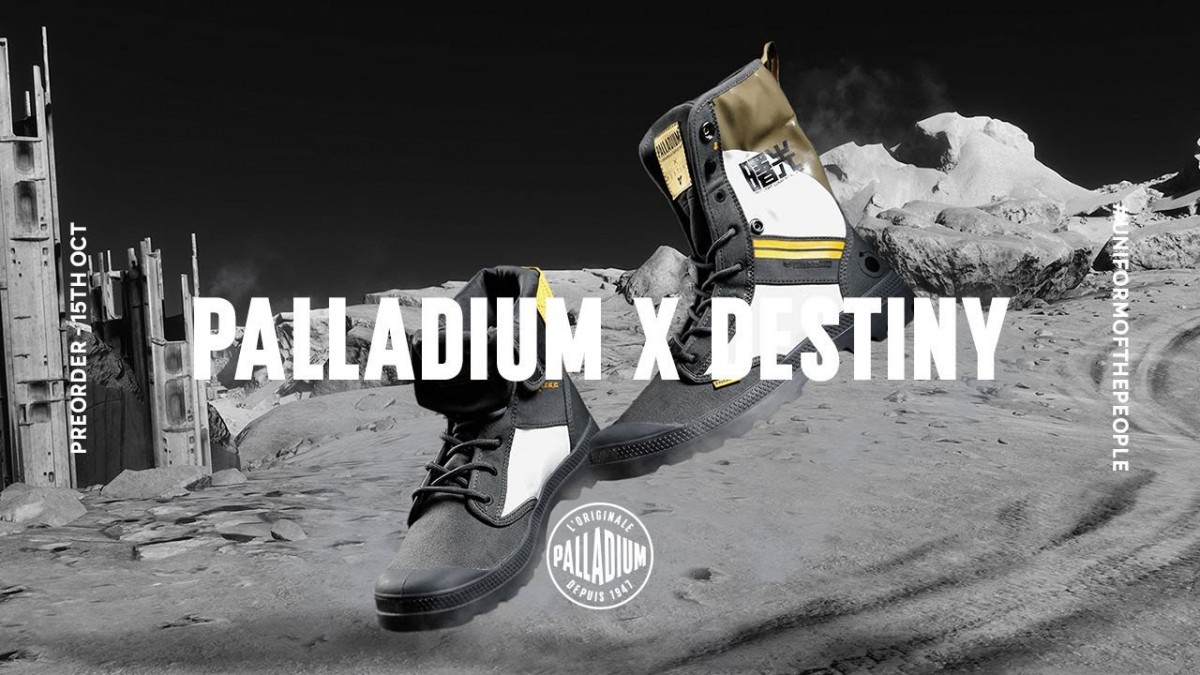 Bungie, that creators of Destiny 2, has partnered with French footwear brand Palladium to create a duo of Pampa Baggy boots reimagined for the deep space world of Destiny.

Pre-orders are now live in the UK at £105 (exc. shipping): https://palladiumboots.co.uk/pages/destiny

With exploration close to Palladium’s heart, partnering with world-renowned independent developer Bungie takes the French heritage brand out of Earth’s exosphere. As the official outfitter for Destiny fans’ ultimate space exploration, Palladium has developed a new out-of-this-world footwear for adventures on this world as the Destiny saga takes explorers to the wild frontiers of future space.

The Pampa Baggy Taikonaut boots are inspired by the in-game Taikonaut Exotic helmet as worn by the first Chinese aeronauts to colonize the Moon in Destiny’s universe. The boots are available in a “vaporous gray” colourway with “forged iron” and “matte gold” additions. The Pampa Baggy Moon boots offer a brighter palette similar to the colour of moon rock, aptly named “vapor,” and are emblazoned with Chinese decals from the abandoned research centers displaced across Destiny’s Moon.

Whether scouring the solar system to uncover relics of the Golden Age, discovering treasures and defeating formidable enemies, or forging new bonds of intergalactic friendship, the desire to travel the vast frontiers mapped out in the Destiny games reflect Palladium’s spirit to explore.

Each pair of Destiny Pampa Baggys is presented in packaging decorated with the celestial map and radials, which are part of Destiny’s distinctly “mythic science fiction” aesthetic.