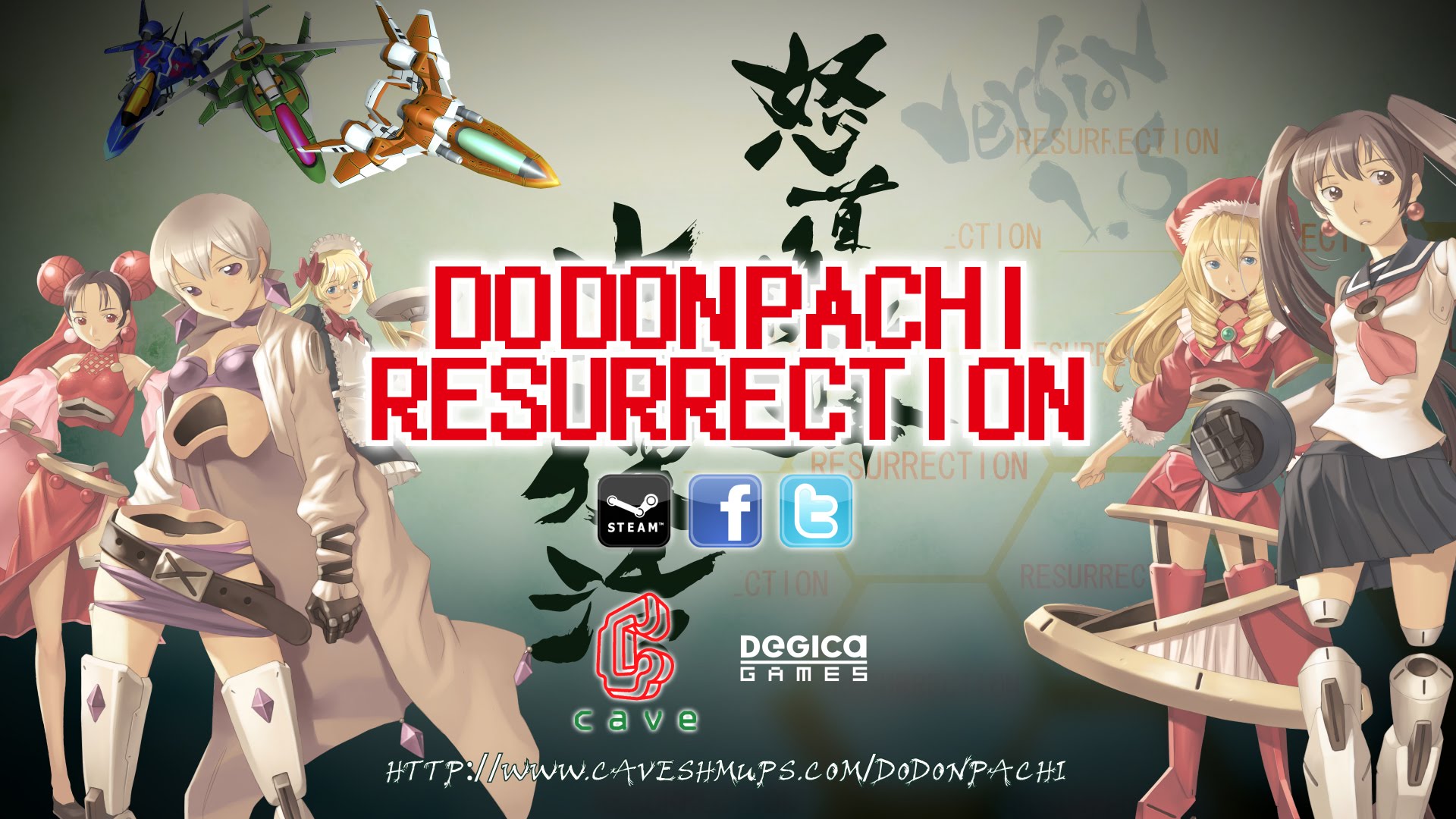 The  DoDonPachi  series goes all the way back to 1995 and has become virtually synonymous with the bullet-hell genre. CAVE Co., Ltd., is the powerhouse behind many other revered bullet-hell shooters as well, such as  Mushihimesam a and Deathsmiles.
The past is being altered. An android, known as Next EXY, has traveled one thousand years back in time. Can she really stop the war?
Your task is to stop NEXY and the other Elemental Dolls who once protected humanity.

DoDonPachi Resurrection on Steam combines both the 1.5 and Black Label Xbox 360 releases into one bullet-packed extravaganza.

Normal 1.51: A different scoring system and controls in this Cave Matsuri special version.

Arrange A (ver L):  A newly arranged mode with mechanics and a ship borrowed from  DDP Blissful Death.

Arrange B (ver B): Play single stages in this highly customizable mode.

Novice:  A crash course in bullet hell for newcomers!

Black Label: A new method of attack and a new final boss await!

Black Label Arrange:  Control the Tigerschwert from KETSUI in the first official international release for this mode!

Choose between three ships and three styles in the standard modes.

Cancel bullets and increase your score with the Hyper Counter system.

Turn the tides and clash lasers with the Counter Laser system.