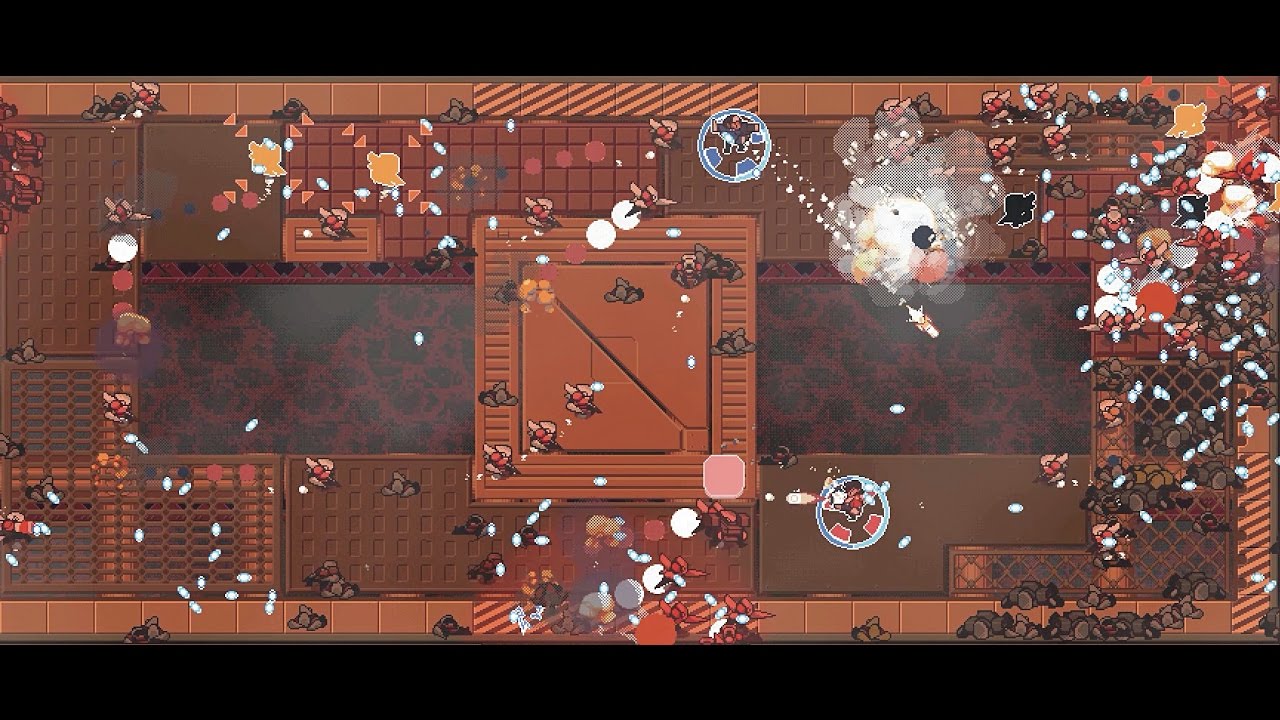 About Circuit Breakers
Having released to critical and community acclaim on PC, the hectic twin-stick shooter Circuit Breakers is now heading to Xbox OneTM and PS4TM in February 2017. Comprising of multiple playable characters, all with their own unique weapons, players will be spoilt for choice. While playing Circuit Breakers in single-player is a perfectly valid option, the game’s roster of modes can all be enjoyed in local co-op, with the Xbox One version supporting up to six players.
Arcade Mode is suitably named, having been designed like a retro arcade game, allowing players to blast through as many levels as possible before they die and are reset. These levels are selected at random from a massive pool of unique environments. Score Attack mode puts the player in various scenarios, and challenges them to complete the levels as quickly as possible. To add to the already deep gameplay experience, Circuit Breakers features the Challenge Board, with a wealth of enticing goals in which to reach.