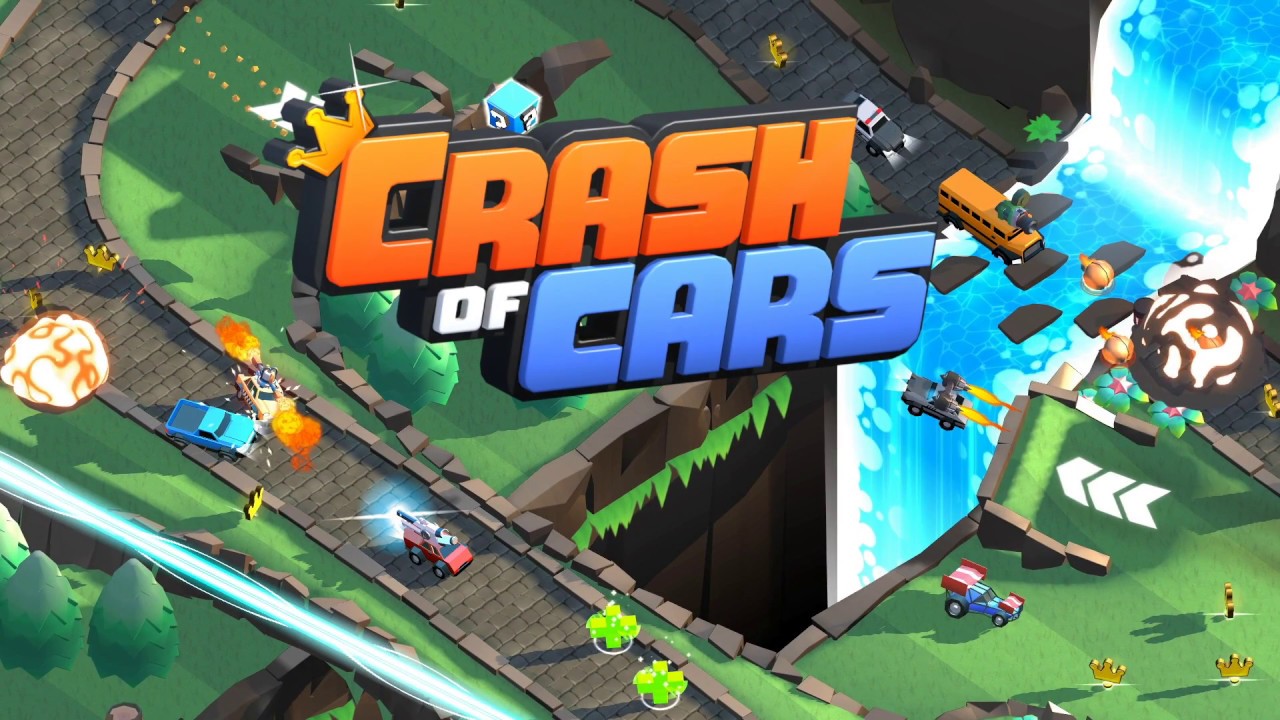 Not Doppler has today announced Crash of Cars, a real-time multiplayer car battling game coming soon to the App Store and Google Play.

Crash of Cars combines fast-paced car battles with .io style real-time multiplayer. In each match, your goal is to collect as many crowns as possible.

Use power-ups and smash into opponents to destroy them; then swoop in and take any crowns they drop. Be careful though, the more crowns you collect, the bigger your bounty becomes – making you a bigger target for other players to destroy!

– 4 playable maps, from a boardwalk amusement park, to the out-of-this-world Moon
– 32 unlockable vehicles and over 30 skins. (The peperoni skin on the Camper Van is quite a tasty choice)
– 16 upgradeable power-ups including a flamethrower, cannon, trebuchet, and more.
– .io style multiplayer. No lobbies or wait times to join matches.
– Play with friends feature. There’s nothing more satisfying than destroying your friends 🙂
– Daily Mission System
– Hourly Leaderboards – how high can you climb?
– Single Player Mode also available for those who wish to play offline

Pricing and Availability
Crash of Cars has been in development since December 2015 and is currently in soft-launch in Canada. The game will be available globally soon for Free on both the App Store and Google Play.