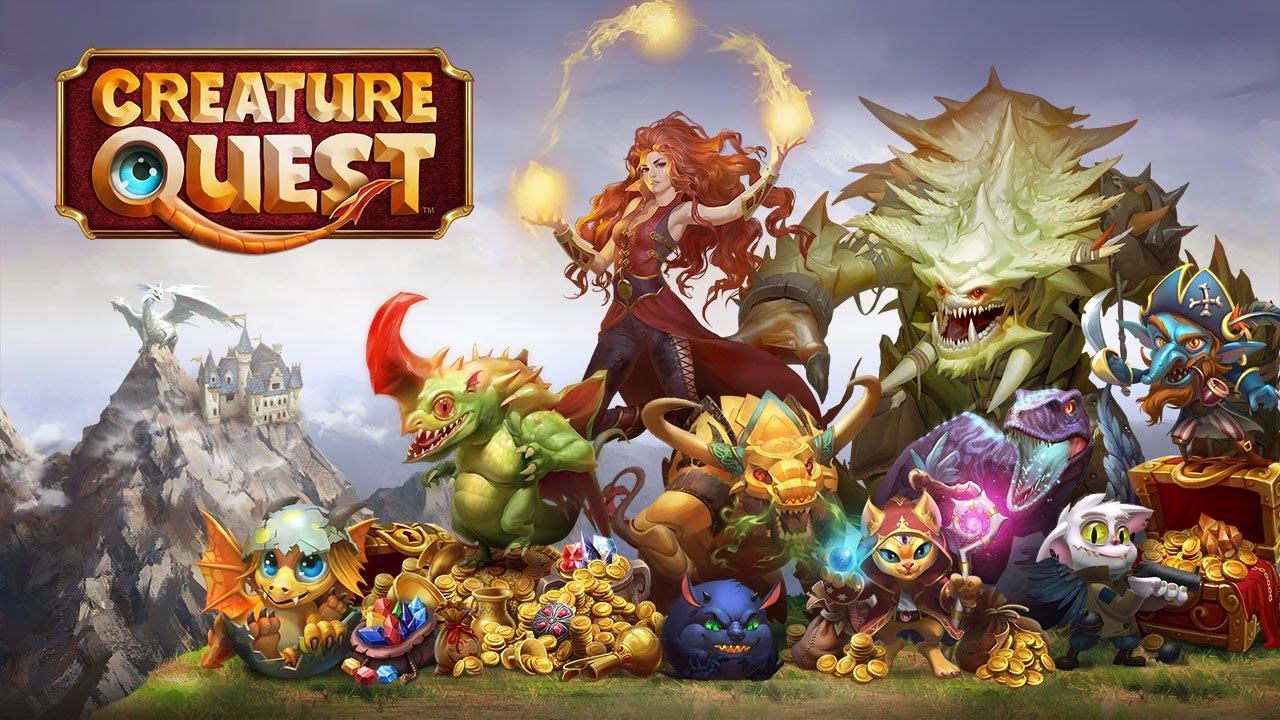 Mobile game developer and publisher VC Mobile Entertainment, Inc. (VCME) has launched its first game, Creature Quest, from award-winning game designer and creator of the Might and Magic and Heroes of Might and Magic series, Jon Van Caneghem. The groundbreaking new RPG-meets-Strategy game is now available to global audiences on the App Store®, on Google Play™, and at the Amazon Appstore.

“For Creature Quest, we assembled top veteran game developers to create a game that brings a new level of depth and strategy to mobile devices,” said Jon Van Caneghem. “This is immediately apparent from the ever-changing Quest maps, hundreds of unique Creatures, high-quality artwork, ongoing events, content and feature releases, and more. The entire team has incredible passion for Creature Quest, and we are very excited to finally share the game with the world.”

Creature Quest is an innovative blend of Collectible RPG and Strategy. All roads lead to adventure as players embark on Quests to explore new realms while encountering a variety of Creatures and obstacles along the way. With over 500 Creatures wielding powerful abilities to collect and upgrade, and addicting battles with lots of treasure to discover, players will constantly yearn for just one more battle. Creature Quest also boasts a unique PvP mode that allows players to use their Creature collection to build their own dungeons and challenge other players for great rewards, in addition to guilds, chat, and much more.

Van Caneghem is best known for founding New World Computing, a publisher and developer of PC and console games, and designing and developing a number of best-selling strategy and role-playing titles, including the award-winning Might and Magic and Heroes of Might and Magic series. With Creature Quest, Jon Van Caneghem and his veteran team have drawn on many of the innovations and design sensibilities that made his Might and Magic and Heroes of Might and Magic games into best sellers. From fun and unique stories in each Quest, to hundreds of adventure-seeking Creatures with upgradable abilities, to strategic, fast-moving battles, Creature Quest will appeal to anyone who loves role-playing, collectible, strategy or fantasy games.

Creature Quest is available globally today on the App Store®, on Google Play™, and at the Amazon Appstore, in English, French, Spanish, German, Italian, Russian, and Brazilian Portuguese.