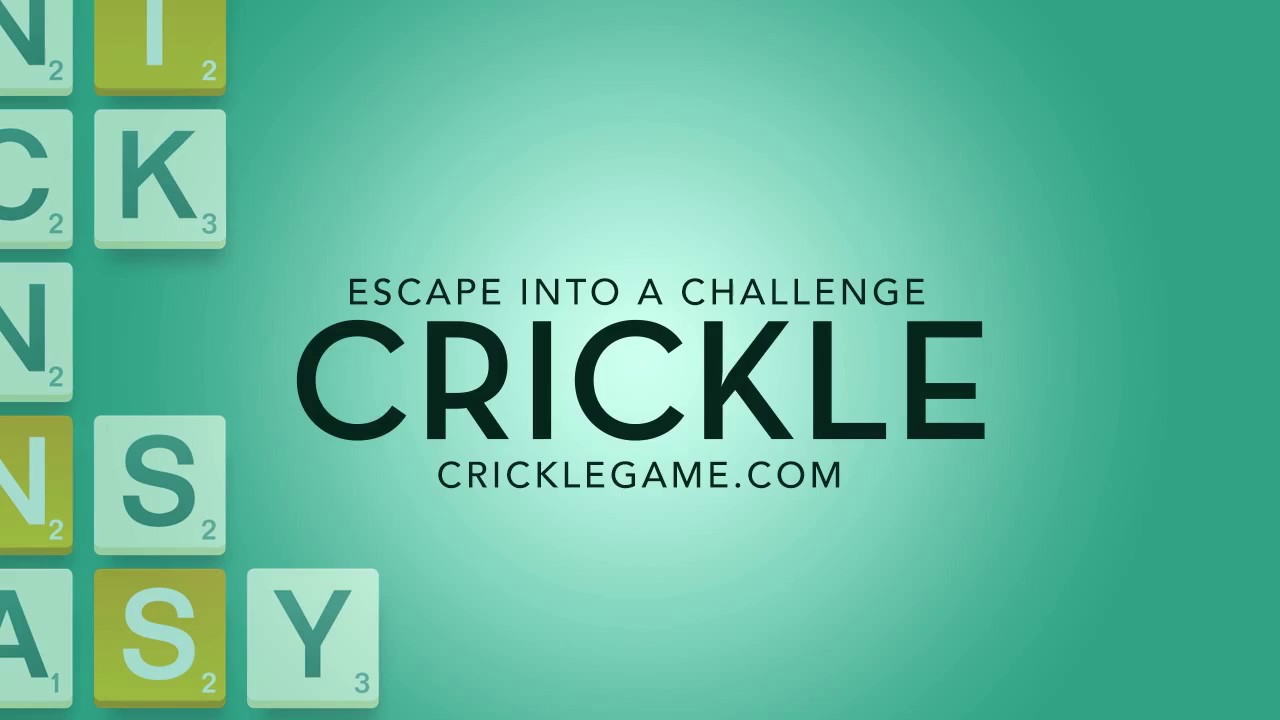 Launching in Android and iOS app stores on Friday 3 February 2017, Crickle will help busy commuters get more enjoyment from their lives. Forget your crushed carriage or windy bus stop and love the person who makes you wait; it no longer matters because you have Crickle.

Escape into a challenge! You’ll be playing in minutes, but you’ll improve over weeks and months. Playing Crickle is an interesting experience as it pulls at the mind in a new way. It takes a while to become proficient but the satisfaction is immediate. Play is endlessly varied. Enjoy pre-set games Fun and Challenge or configure your own game. Games tend to take between two and ten minutes, but you’ll probably hit ‘play again’, in which case: “how long’s the journey?” Post scores to Facebook, Twitter and the Leaderboard. This is word wallowing at its best.

WHO WILL ENJOY CRICKLE?•Anyone who enjoys word games
•Anyone who is waiting or who has had a horrible day … [it takes the pain away]
•Commuters and travellers
•Seniors seeking to keep their minds active
•Children and english learners wanting to improve their word power
•Lovers of the english language world-wide!

NOTES
•Configured for play on mobile phones – Android and iOS
•Download for free
• 15 free plays before you buy – see if you like it!•In-app purchase necessary to continue play and access configurable games.
•Affordably priced – only 99 pence (UK)

About Crickle
The word Crickle is ‘old english’ for ‘stream’ – a reference to the way the words stream down the screen. Invented in Oxford, Crickle was made in Birmingham. Crickle Ltd is a member of TIGA, The Independent Games Association.