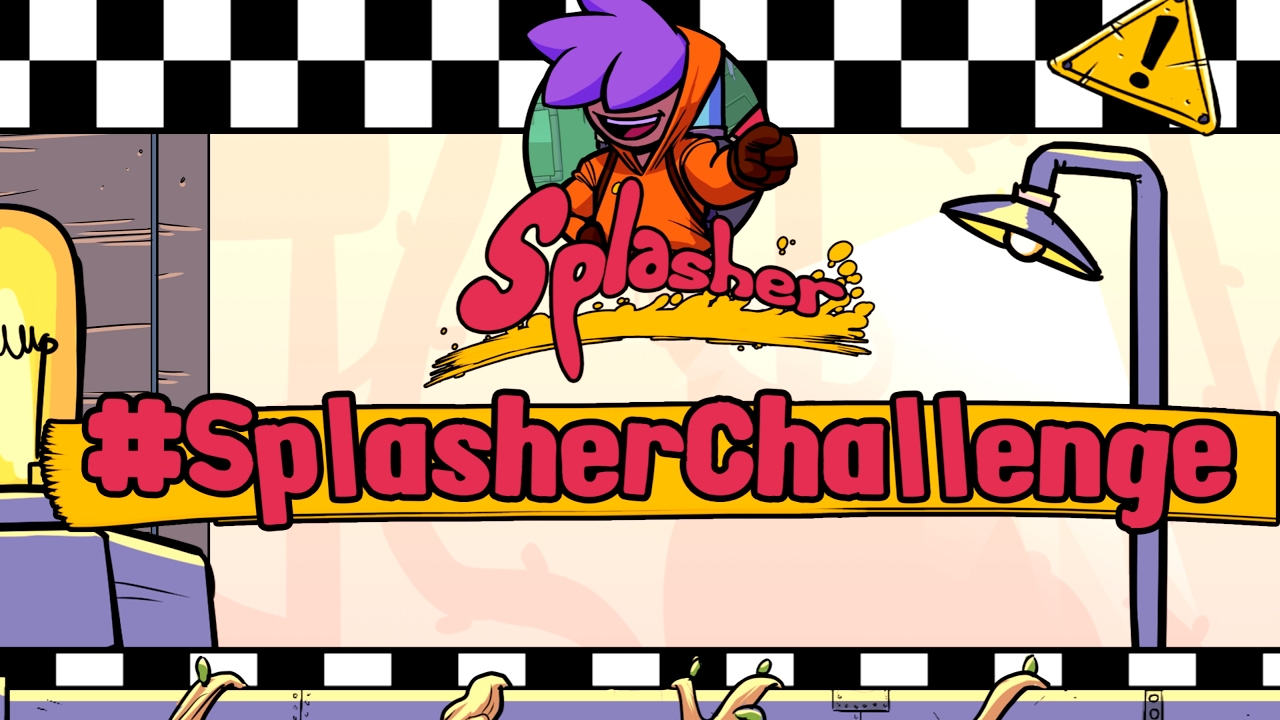 In precisely 6 days, on tuesday February 7th, the Splashteam and The Sidekicks will free Splasher from the factory.

Armed with their paint cannon, the players will finally be able to launch their assault on Inkorp mega-facility in order to save the Splashers and put an end to Le Docteur’s evil plans.

With its funny cartoonish universe and its fluid commands, Splasher allows immediate access to everyone. But the challenge will get harder and harder all along the 22 levels. Only a few will manage to master it and reach the top of the Time Attack and Speedrun leaderboards.

The first quotes and previews about the game have been very flattering for the studio:

Splasher will be available on Steam and most digital retailers at $14.99/14.99€ for the regular edition and $19.99/19.99€ for the Collector Edition (including OST, High-Res Artworks and a special Retrospective pack including all the demo since the first prototype). Gamers can expect a special launch offer on several shops.

It will be available in 9 languages: English, French, German, Spanish, Italian, Portuguese, Russian, Korean and Chinese.

After the PC launch, on February 7th, the team will focus on console ports with PS4 and Xbox One releases planned for next Spring.