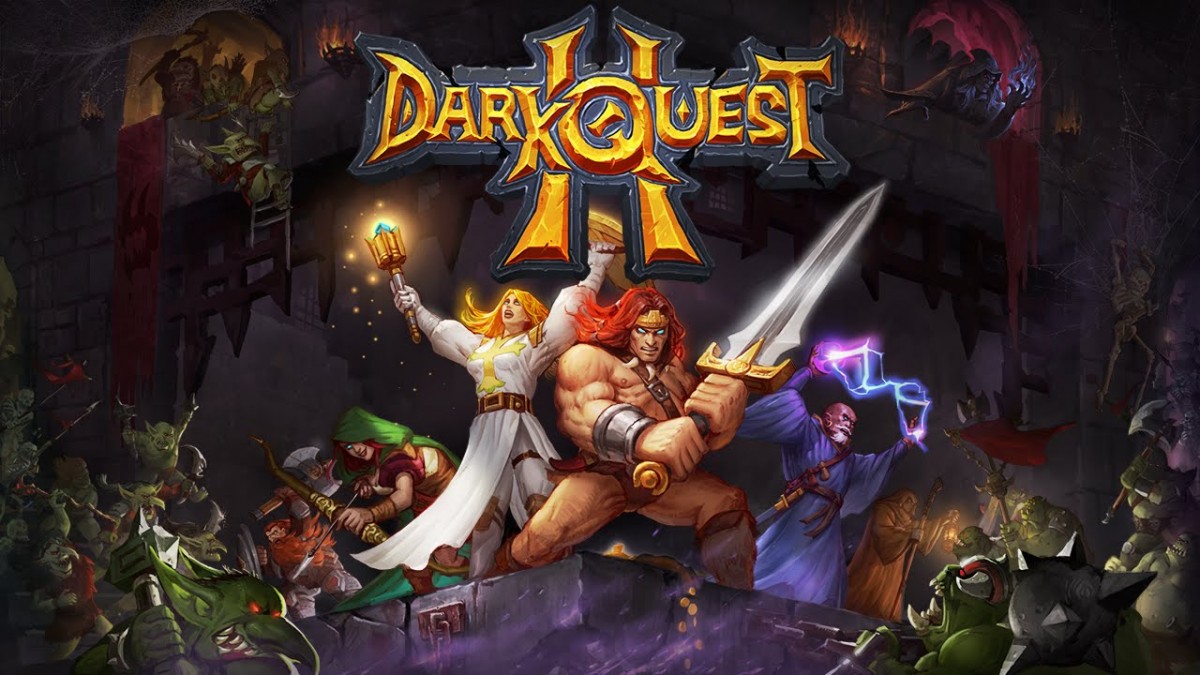 Dark Quest 2 is a turn based RPG inspired by legendary board game Hero Quest. The game features a party based system where you control a group of heroes, an isometric hand-drawn art style, dice based mechanics and much more.

Dark Quest 2 is available on the most popular gaming platforms in the market, including console (PlayStation 4, Nintendo Switch, Xbox One), PC (Steam) and mobile (iOS, Android).

Single-Player Campaign: Play a story driven campaign that takes you through a series of adventure on your epic quest to defeat the evil sorcerer.

Multiplayer: Drop-in / drop-out CO-OP for up to 3 players!
Turn Based Mechanics: Every turn each of your heroes in your party can take one single action. Play wise and carefully or fall captive in the eternal prison of the sorcerer.

Assemble a Party: Control a group of heroes each with their own personality and strengths. Use the unique strengths of each character and work together to defeat the minions of the evil sorcerer.

Village: Stay with the old masters and learn new powers, craft new weapons and mix potions that improve the capabilities of your heroes.

Skull of Fate: In the darkest dungeons of the castle, when left with no hope your last and only way out will be to roll the skull of fate and reveal your twisted fate.