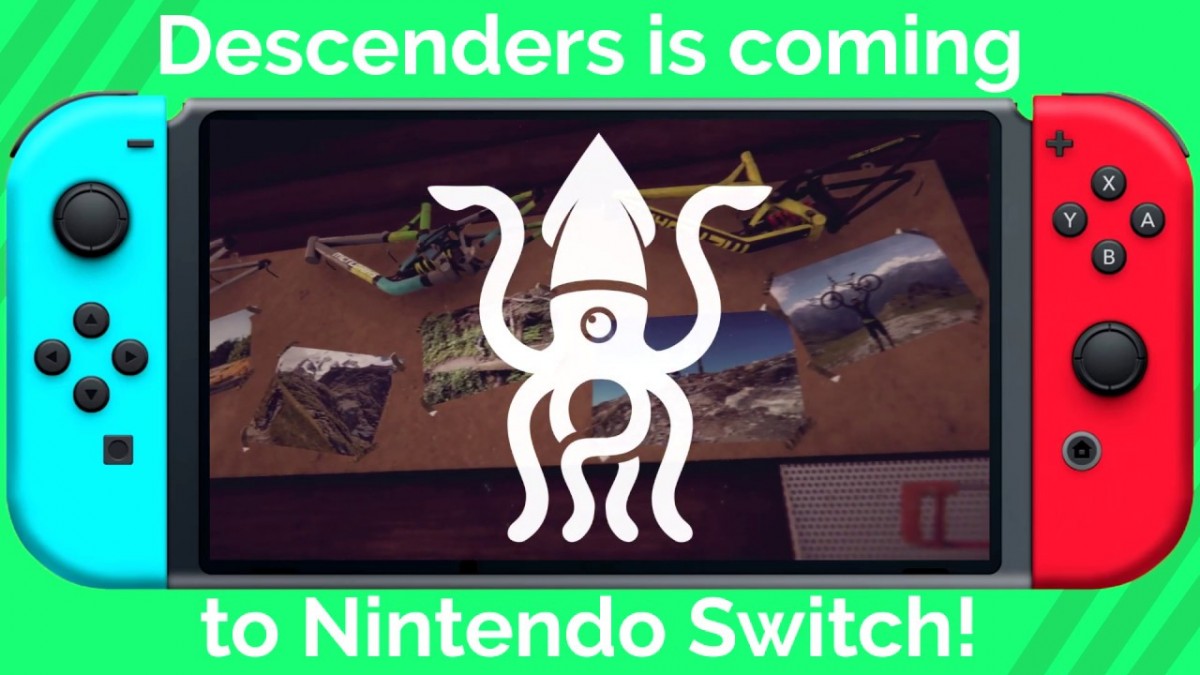 Publishing label No More Robots and development studio RageSquid to announced Descenders for Nintendo Switch, the ultimate ride-on-the-move version of the hit mountain biking game, is coming to Switch at the end of 2019.

Descenders is extreme downhill freeriding for the modern era, with procedurally generated worlds, and where mistakes have real consequences. Will you lead your team to glory and become the next legendary Descender?

Over 600,000 players have taken to the hills of Descenders since the game launched on Steam and Xbox One just over a year ago, with a positive user rating of 90% overall. Since then, the game has gone through around a dozen major updates, adding dozens of hours of extra content – which will all be present in the definitive Switch version.

● Procedurally generated worlds: Take on different jumps, slopes and hillbombs every time you play
● Freestyle bike controls: Control every subtle movement of your rider, with an in-depth physics system made for slick whips and scrubs
● Rogue-Bike: Earn special mutators each time you play, and work out which abilities work best for your riding style
● Build your Rep: A fully-featured online Rep system lets you show off your worth, and earn new bikes and threads
● Fully licensed soundtrack: We’ve partnered up with drum & bass label Liquicity to bring you the perfect soundtrack for hitting the mountains
● Become the next Descender: Can you survive the game in a single run, and reach the ranks of the legendary Descenders?