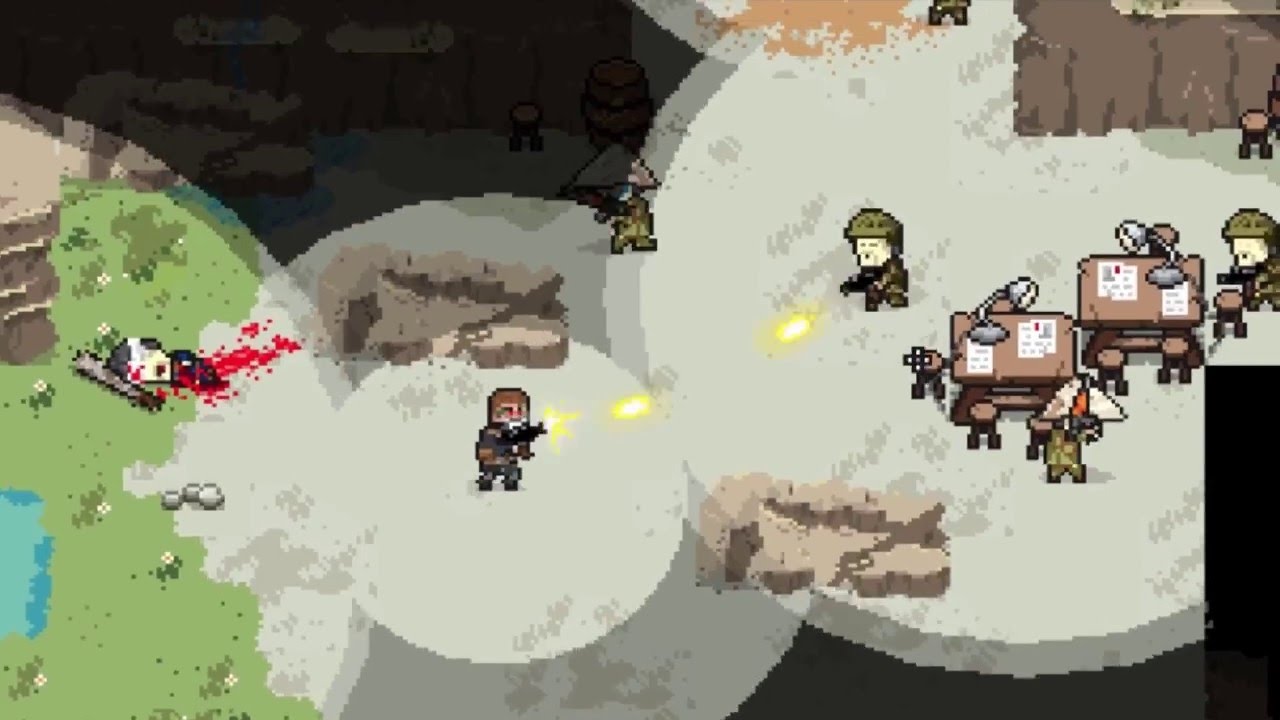 Publisher BadLand Games and studio Santa Clara Games will be releasing 8 bit, top down shooter 8DAYS on Steam on July 22nd. 8DAYS is a pixelated practice in precision, patience, and peacekeeping. Players can unravel the mysteries of 8DAYS’ five chapters on their own or with the help of a friend in the local multiplayer mode. Awarded Best Gameplay at Granada Gaming Festival 2015 and nominated to the AzPlay International Festival of Independent Games 2015 8DAYS has already seen success with the first “mission” of the game when it launched on the Humble Store. Fans of the first installment will have their thirst more than quenched with this, the full story.

8DAYS: Peace is our business
The world has been dominated by dark forces since the beginning of human history. Known as the Masters of Mankind by those directly under their control, these dark forces will use any means necessary to protect their own interests – including starting wars. In 8DAYS the mercenary team G.O.D. (Gold, Oil, and Diamonds, Inc) and the 8DAYS Magazine are two modern instruments used to control the masses. G.O.D. is primarily a peacekeeping force and 8DAYS ensures the bias of public opinion. In 8DAYS players take on the role of Lola and Mike, two of G.O.D.’s expendable mercenaries.

8DAYS features an original soundtrack and the title song “Wildlands” sets the scene for players to dive right into the game’s five missions. A fun-size version of the Original Soundtrack featuring 5 tracks (Wildlands, Big Ass Mansion, Minibosses, Big John, and Riot) is available now for $2.49 on iTunes, GooglePlay, Spotify, and BandCamp. The full length Original Soundtrack will go on sale for $5.99 on the same day as the launch and includes 28 tracks.