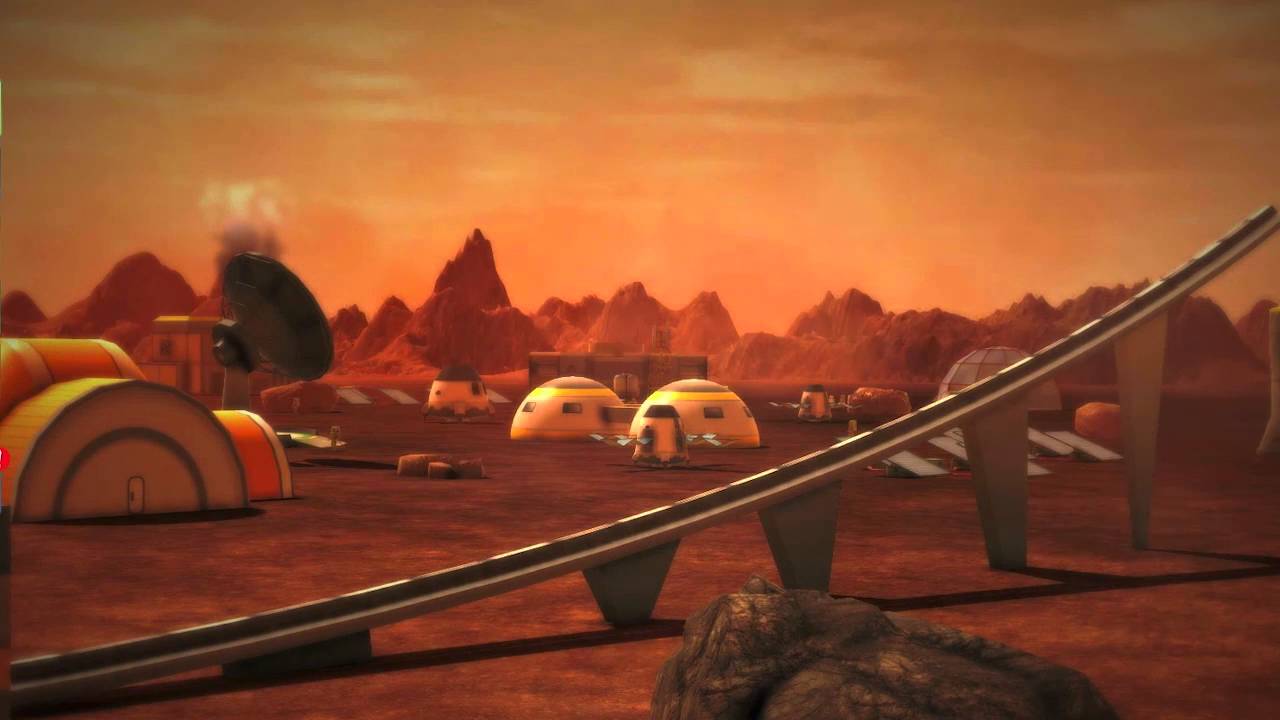 Earth Space Colonies is a strategy-simulation game that challengers the player to build space colonies throughout the Solar system. The first destination in the Early Access version is Mars. The main goal is to establish a self-sustaining colony and to terraform a red wasteland into a green oasis. The player can build anything from high-tech factories, hotels, and military bases to space elevators and terraforming devices.

Game also features a crafting system to combine produced goods with a raw materials to create new and unique items, which the player, utilizing rockets, maglev launchers and space elevators can then trade via the interplanetary commerce features. It will also be possible to colonize other worlds or defend a mining colony on the dwarf planet Ceres or to explore the subsurface ocean on Ganymede, Jupiter’s largest moon, to name a few. Building multiple colonies on different worlds at the same time is one of the games’ key components.

About This Game
Earth Space Colonies is a strategy-simulation game where you build space colonies around the Solar system. Your first destination is Mars. Establish a first self-sustaining colony and terraform a red wasteland into a green oasis. Balance your resources and expand the infrastructure. Build anything from high-tech factories, hotels, military bases to space elevators and terraformers. Colonize other worlds as well: defend a mining colony on a dwarf planet Ceres and explore the subsurface ocean on Ganymede, Jupiter’s largest moon.

Build space colonies on a multiple worlds at the same time.

Joins a cast of fully voiced characters in an engaging story about the next great adventure of humanity.

Train specialized astronauts: from builders and miners to scientists.

Explore the planets with astronauts and rovers while trying to survive devastating sand storms, blazing solar flares, rumbling quakes, meteor showers and other disasters in this extremely hostile environment.

Game updates and expansions based on a trending space related news. Maybe there is something on Pluto going on. Or Titan. There are so many fascinating worlds in the Solar system.