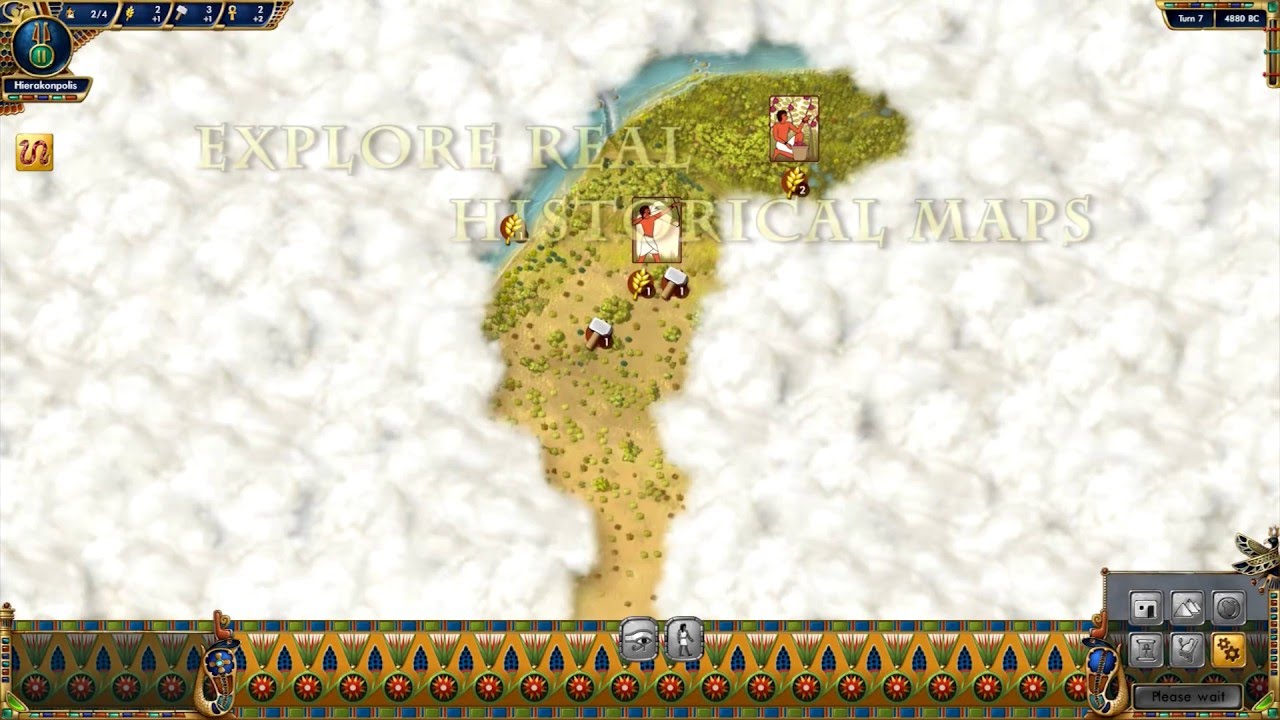 Clarus Victoria is happy to announce the development of Egypt Civilization, its new turn-based strategy based on the history of Ancient Egypt.

In Egypt Civilization players will act as the Grand Vizier, right-hand man of the almighty Pharaoh, ruler of Egypt. Starting from 5000 B.C. you will guide the Egyptians through all the hardships to prosperity and power. Get ready to march into faraway lands, fight catastrophes and hardships. The game covers almost 4000 years of Egyptian history, starting from the dawn in 5000 BC till the decay in 1070 BC.

During the game players will control all three capitals of Ancient Egypt. Hierakonpolis – predynastic period. Memphis – Old Kingdom. Thebes – Middle and New Kingdom. All cities are accurately rebuilt according to historical and archeological documents.

Egypt Civilization is being developed jointly with the Russian Academy of Sciences. The game takes advantage of knowledge collected by Egyptologists during the last 200 years. Egypt Civilization efficiently combines turns-based history-driven gameplay with educational elements and tell players the story of Ancient Egypt.

Guide Ancient Egypt throughout its history, starting from early hunter-gatherer tribes to one of the greatest ancient civilizations of the world.
•Historically accurate and story driven turn-based strategy experience with hundreds of technological and cultural achievements to explore.
•Control all aspects of life in Ancient Egypt – economics and politics under your command. Make famous historical events real – build pyramids, channels and strongholds. Trade and negotiate with neighbor tribes and countries.
•Three campaigns developed with the help of world-known Egyptologists. Each campaign with its unique technologies, buildings and wonders.

Egypt Civilization is scheduled to be released in Q3 2016 for Windows and Mac OS X.