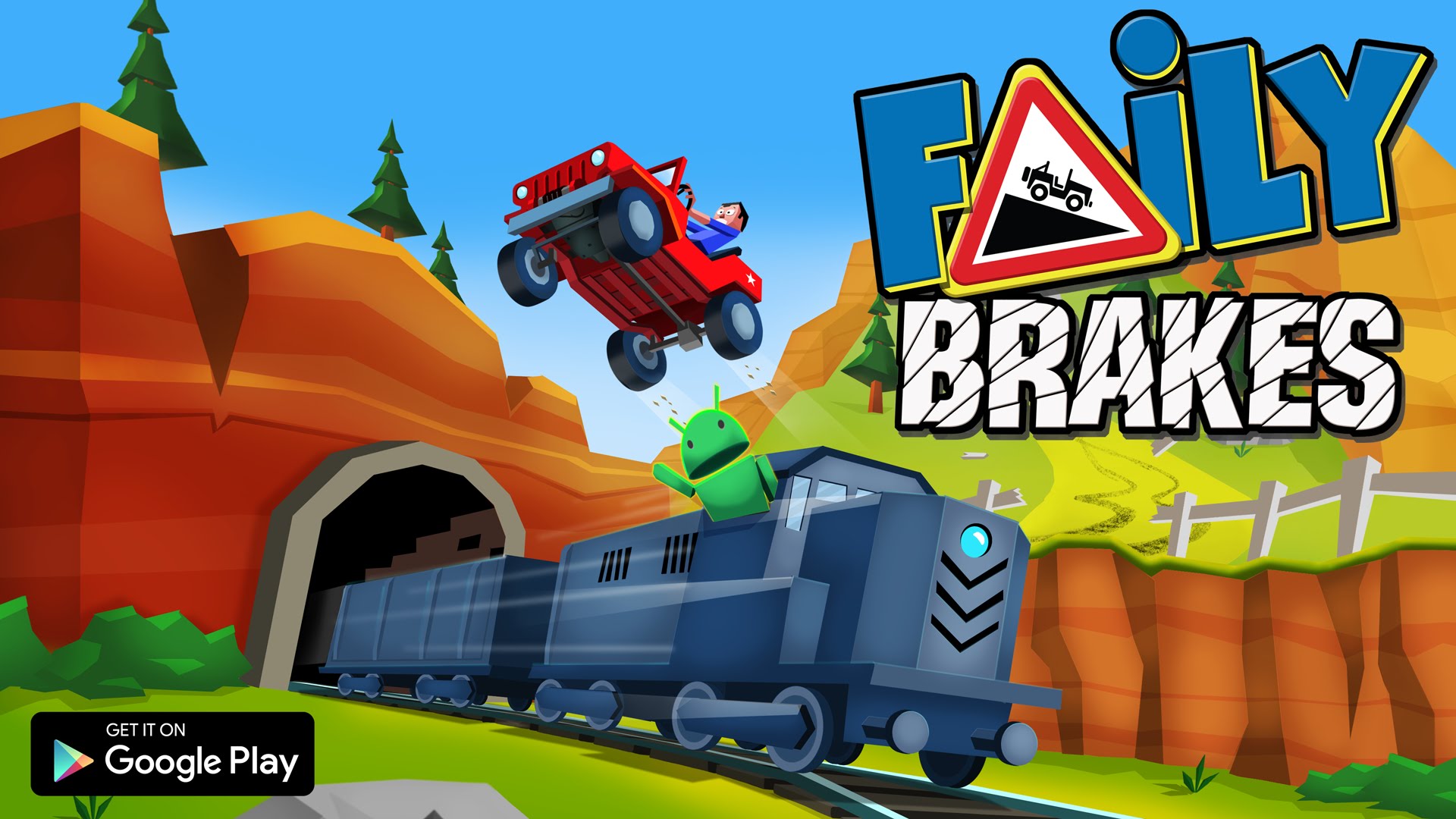 Spunge Games are delighted to announce that Faily Brakes is now available on the Google Play Store! Faily Brakes is a hilarious driving and crashing game that reached the No.1 position in over 40 countries on the Apple App Store and received over 3 Million downloads in it’s first week of release.

In this realistic physics based driving and crashing game you must maneuver an endless mountainside dodging hazardous terrain such as trees, rocks, traffic and trains resulting in some fun and hilarious near misses and crashes.

FEATURES
• NAVIGATE downhill as far as you can go avoiding obstacles along the way
• AVOID trees, rocks, creeks, traffic and trains
• DESTROY obstacles with your shield
• COLLECT coins as you go
• UNLOCK unique vehicles
• SHARE your epic crashes in 360º, slow-motion and share with your friends
• ENDLESS gameplay
• ENDLESS crashes
• ENDLESS fun!

The Android version brings 12 new cars along with new photo sharing features that allow players to capture their epic crashes in 360º, slow-motion action.