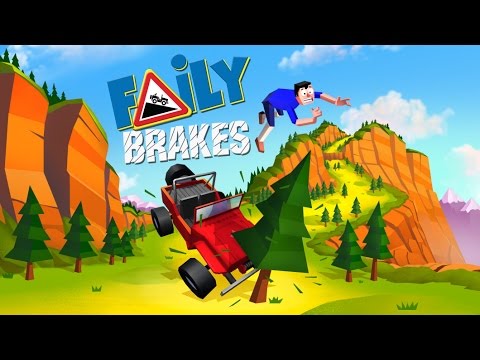 Spunge Games are delighted to announce their new physics based game, Faily Brakes!

In this realistic physics based game you must maneuver an endless mountainside dodging hazardous terrain such as trees, rocks, trains and traffic resulting in some fun and hilarious near misses and crashes.

The inbuilt rag doll physics creates some hilarious crashes which can be recorded and shared via the in game video capture technology and slowed down or sped up for amusement.

Faily Brakes will be available for FREE on the App Store on February 25th.