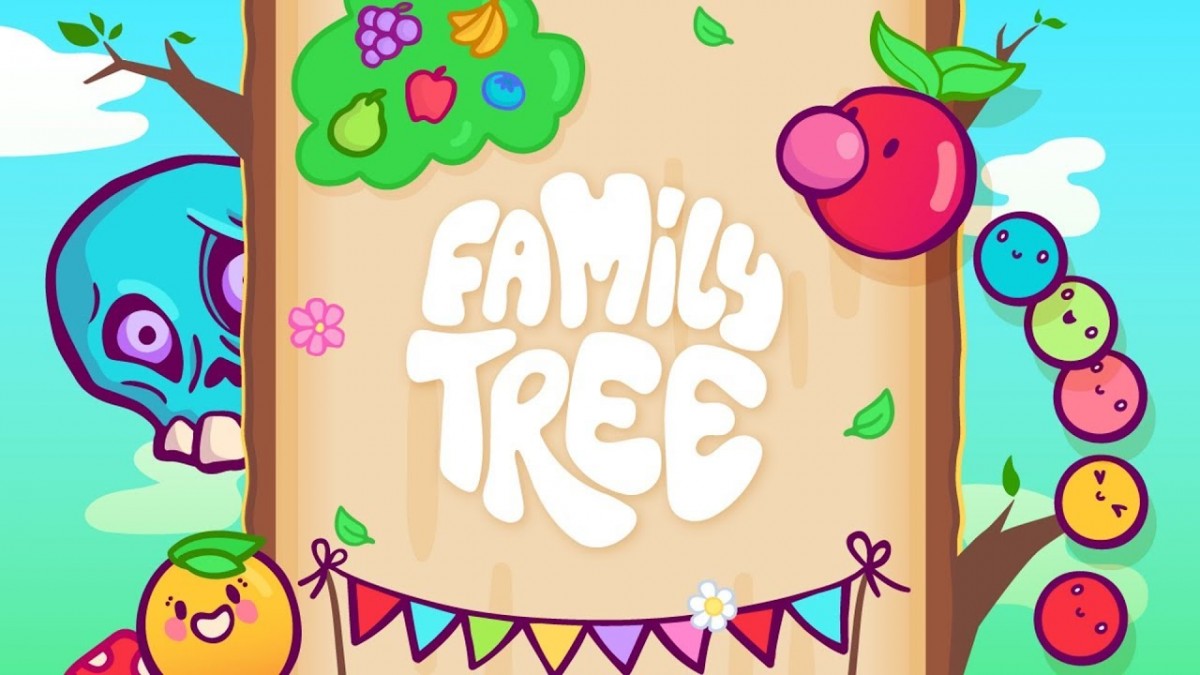 In Family Tree, protagonists Mr and Mrs Fruits have gone to bed, leaving their fruit babies chilling outside playing. All of a sudden, an evil drum ‘n bass loving sugar skull named Pedro appeared and sucked all of the babies into a wormhole and scatters them throughout the forest. Now it’s up for Mr and Mrs Fruits to find all of their babies and bring them safely back home where they belong.

Take control of Mrs or Mr Fruits and aim a ballistic arc which shows the projected trajectory, then jump, landing where the trajectory arc predicts. Gameplay involves the player starting each level at the bottom of a tree with the simple aim of finding the goal, collecting as many fruits as possible, whilst avoiding fiendish enemies and obstacles. Once collected, the fruits turn back into adorable fruit-babies!