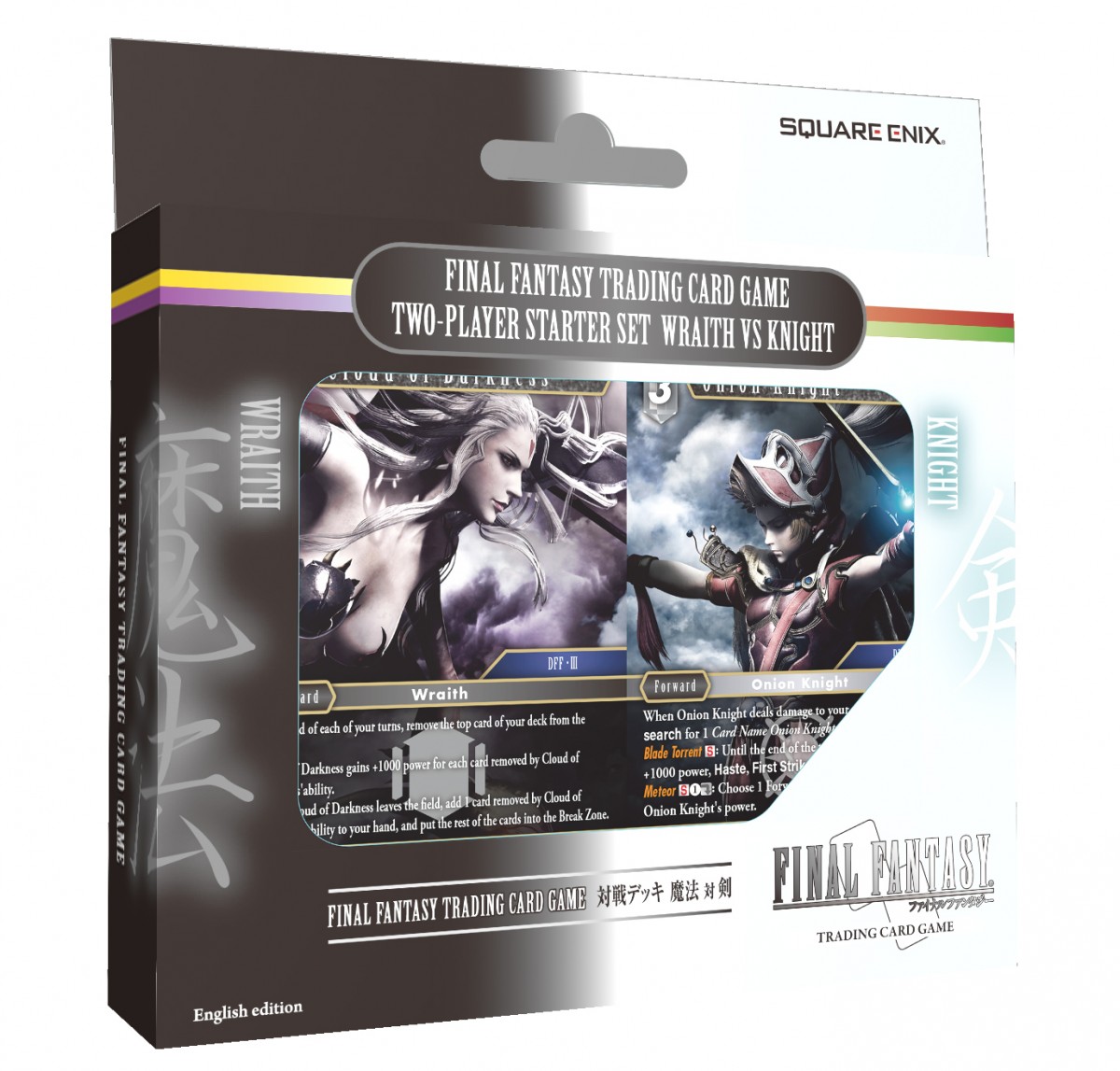 The “Wraith vs Knight” deck includes two sets of rules and 50 card decks with powerful new cards, offering both newcomers and seasoned players everything they need to embark on a new FFTCG adventure. As an added bonus, the “Wraith vs Knight” starter deck will feature one of the five included Legend cards as a Full Art card, marking the first time Full Art versions of these five cards have ever been available. Players looking to claim the coveted title of FFTCG World Champion can look forward to the remaining Crystal Cup tournaments in the coming weeks. These are followed by the FFTCG 2019 North American Championship where players from across North America will come together to battle using two decks for a chance at one of the four remaining seats in the FFTCG 2019 World Championship in Los Angeles, CA.

More information for each tournament and its location can be found below:

More information on the new “Wraith vs Knight” starter set is available at: www.fftradingcardgame.com.