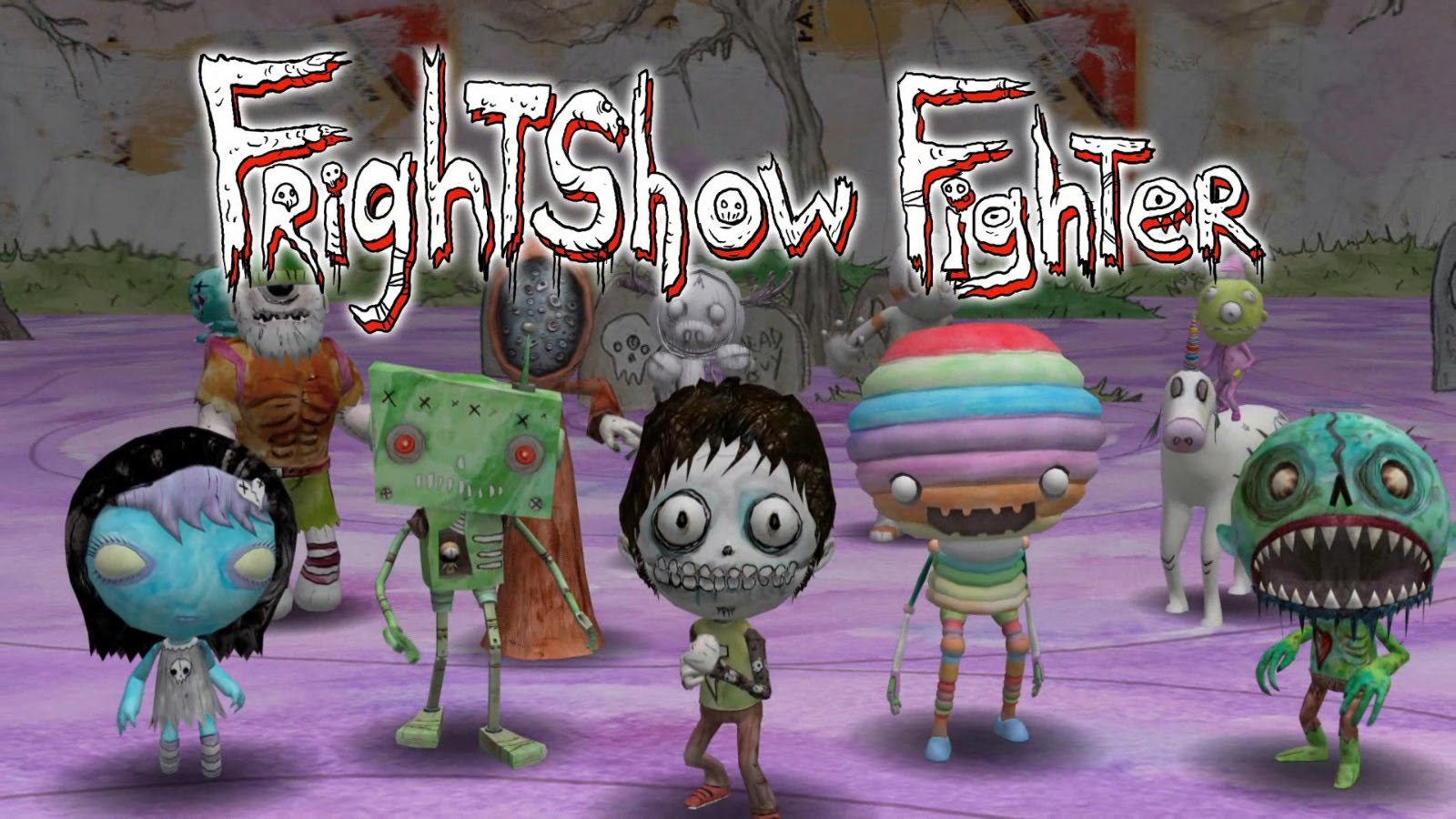 Laser-eyed rabbits, bubble-burping rainbow monsters, and bear-throwing lumberjacks are just a few of the bizarre characters you get to choose from in this off-the-wall fighting game. Deep down, FrightShow Fighter is just like the classic fighting games you grew up with. Each of the ten crazy characters has their own set of zany special moves. Summon a swarm of cats with Monster Girl, or launch a flying uppercut across the screen with the black and white Iron Moose. After being in development for many years, FrightShow Fighter is set to be released through Steam on November 14th.

The new PowerUp system in FrightShow Fighter lets your character gain temporary powers in the middle of a fight.  At the start of each battle choose which PowerUps you want to use, including super fun effects like fireballs, poison flasks, slippery oil, or a giant rocket.

Play through one of the many Story Mode maps, or invite a friend over to battle in local 2 Player Mode. In Single-Player Mode, fight your way through one of the Creepy Story Maps and see if you have what it takes to defeat the evil Xonolox! Earn new PowerUps and rewards each time you successfully conquer a map. Online multiplayer is in development as a future update and will let you earn points and play against anyone around the world.