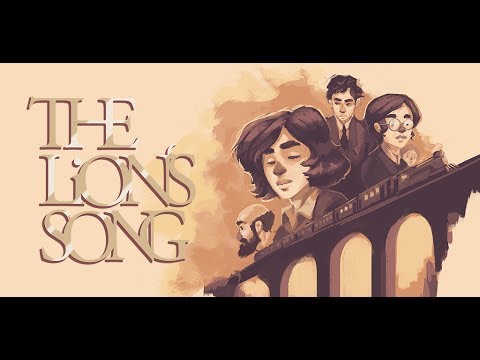 Austrian indie developer Mipumi Games has launched the fourth and final episode, Closure, of their narrative adventure game The Lion’s Song on Steam (PC, Mac, Linux). Parallel to this milestone, the full season of the award-winning adventure series debuts today on iOS, Android and the Mac Store.

The Lion’s Song is a narrative adventure game series about creativity and its demons, with each of the first three episodes taking a closer look at a fictional Austrian artist or scientist. Steeped in culturally vibrant 20th century history, the game lets players travel back in time and gives them an intimate insight into the creative struggle of the young composer Wilma, the haunted painter Franz, and the genius mathematician Emma. The season’s finale, Episode 4 – Closure, will take players on a mysterious train journey that connects the storylines of all previous episodes. What stories will these four strangers share along the way, and where will their journey end?

“Each of the first three episodes of The Lion’s Song featured its own little standalone adventure with a unique protagonist, characters and narrative. Our aim was to let players dive into a rich world of fascinating stories with very different endings, which encourages them to replay each episode and take alternate routes,” said Mipumi CEO Gregor Eigner. “For Episode 4 we’re taking a different approach, bringing the first three stories together in a way that we hope will offer players a satisfying conclusion to the path they have chosen.”

About The Lion’s Song
The Lion’s Song is an episodic adventure game created by Vienna-based independent developer Mipumi Games. The Lion’s Song is steeped in early 20th century history and focusses on a cast of Austrian artists and scientists with each episode taking a closer look at their intimate struggles with creativity and inspiration. In 2016 the game was awarded with the German Developer Award for Indie Game of the Year and in 2017 it received an Honourable Mention from IGF in the category Excellence in Narrative. Originally created as a Ludum Dare project in 2014, The Lion’s Song features a striking art direction and a unique setting.