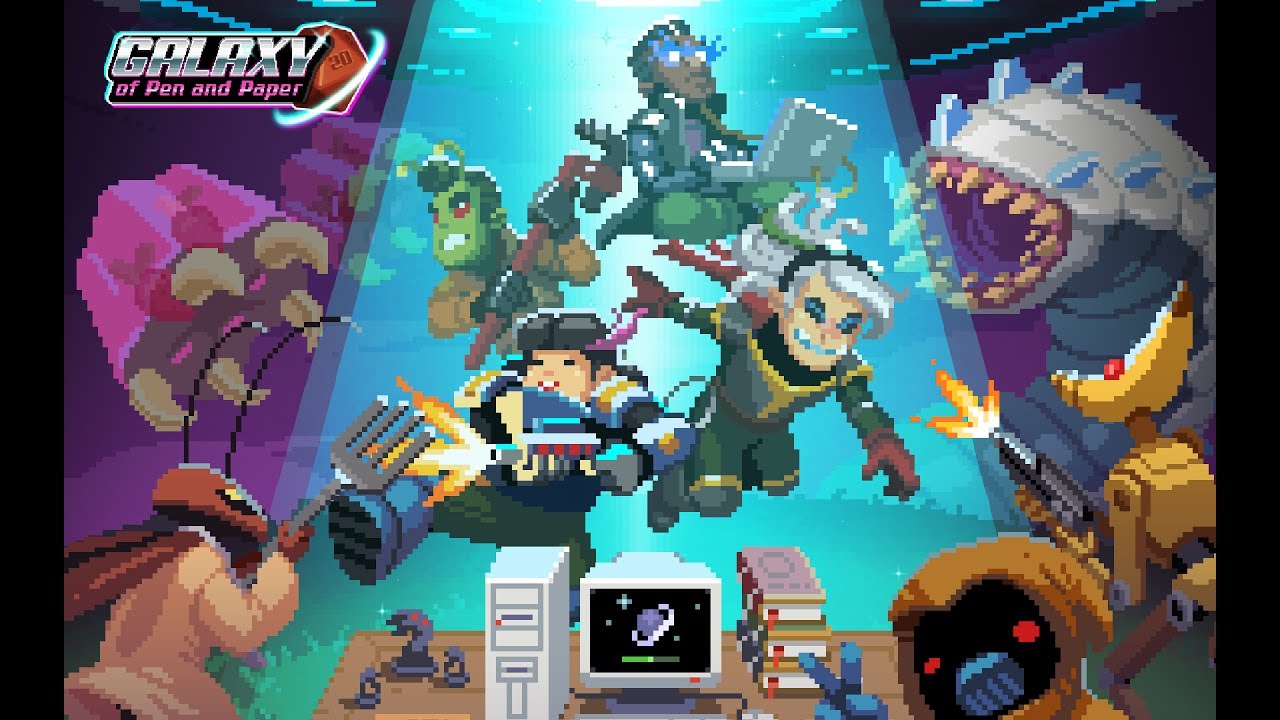 After confirming they have enough Tang and dehydrated ice cream to last for the entire trip, indie game developer Behold Studios has announced that Galaxy of Pen & Paper, the sci-fi-themed follow-up to hit RPG simulation Knights of Pen & Paper, will be available tomorrow, July 27, 2017, for PC, Mac, Linux, iOS, and Android. The tongue-in-cheek “game about a game,” which is both developed and published by Behold Studios, challenges players to assemble a crew of intrepid astro-adventurers, and hope for everyone’s sake that they know what they’re doing.

Created by the original team behind Knights of Pen & Paper, Galaxy of Pen & Paper is an RPG simulation game that juxtaposes the world of pen-and-paper RPGs with roleplaying video games. The new game retains the retro look and classic turn-based gameplay of its predecessor, but incorporates a sci-fi theme that lets players man spaceships, explore planets, and battle their way across the stars. Experience all the fun of a pen-and-paper RPG without the lost dice!