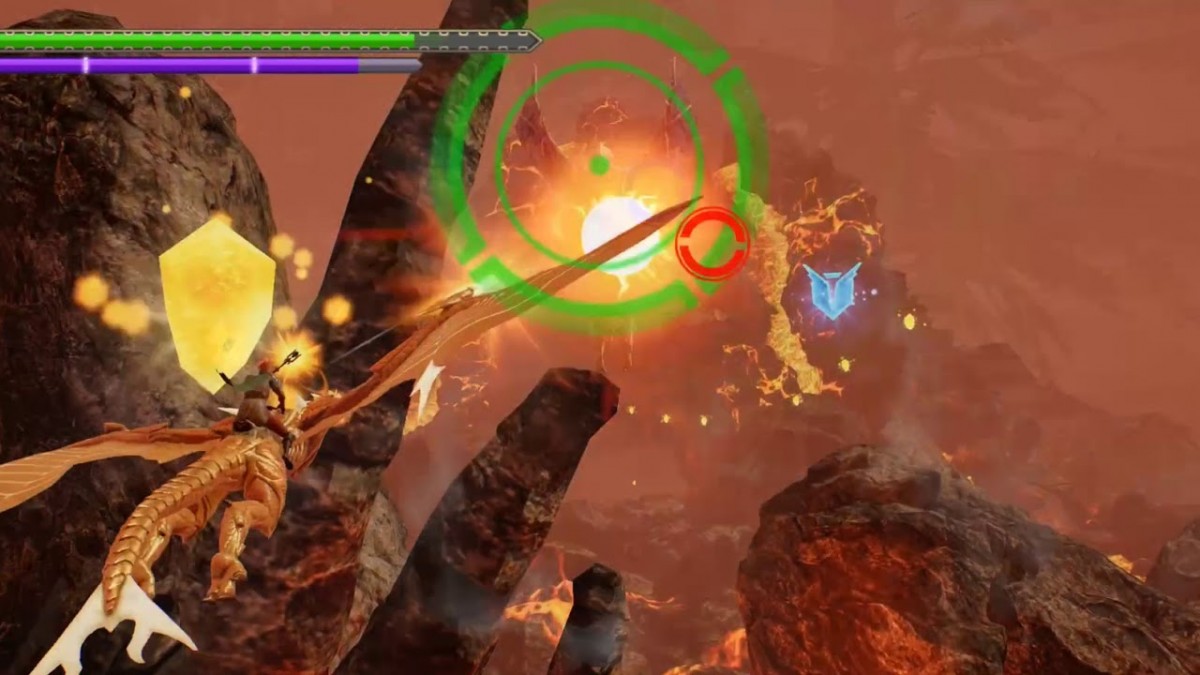 Developed by Orion Arts, Galerider: Free to Fly allows players take flight as Bree, a “Galerider” in possession of a majestic Wind Drake. Rider and beast must dodge obstacles, glide across rivers and valleys, soar over mountain cliffs, and dive through narrow canyons to collect valuable items. Those who manage to stay alive and defeat the colossal Overbeasts will unlock new Wind Drakes – each with their own distinctive powers and special abilities.

Remnants of humanity reside in the harshest regions of Hyperia – an area rich in life-sustaining Essence, but also inhabited by deadly creatures. The Overbeasts, once docile guardians, are now spreading chaos and death throughout the realm. It falls on our hero, Bree, to take flight upon her trusted mount to defend her home against the Overbeasts and the many horrifying creatures under their control …