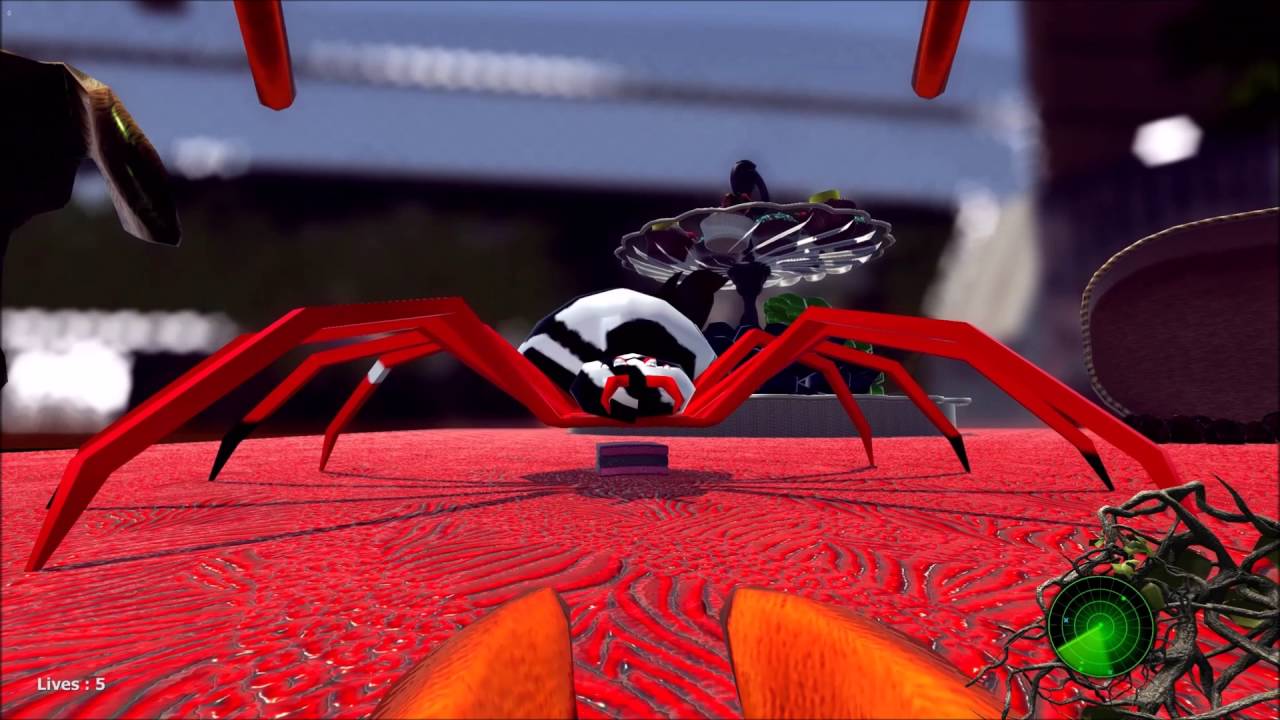 GiAnt chickens, menacing rats, cockroaches, flies and spiders, are only a few of the insects and rodents that can, AND WILL, hurt you in the new ant simulator “GiAnt”.

Equipped with nothing but your smarts and agility (and some extremely helpful power-ups) our hero must survive gigantic areas filled with terrifying beasts, all while trying to collect food for your colony.

You start your adventure in the ant nest, in a hilarious birth scene, where you are confused as a female ant. You are dubbed with the name Adelaide but after realising you have the wrong genitalia the ants change your name to Adam, fantastic.

Very quickly you are thrown out into the enormous worlds and you soon realise that although big and beautiful, the worlds are out to kill you! Everything that can move, moves to come and hunt you and hurt you! At first this is quite alarming, your only a little ant, but you soon realise that this is a lot of fun. You have power-ups to help you out of tight situations, super speed, jump and invincibility, and you also have regenerating health to help you out. Even with these factors some areas are hard and take no mercy, but what’s the point in a game if it’s too easy?

The areas are big and work at random and every person will have a unique experience. Take it in turns with your friends to see who can get all 6 pieces of candy and return home before being eaten by your many enemies.

More About GiAnt
What is one small step for a human, is one GiAnt adventure for an Ant….

Join Adam in this fun filled first-person platformer from the indie solo developer at ‘Wreck Tangle Games’. Roam vast human sized worlds as a tiny little ant, but this is no Ant Simulator! This is an AntVenture! Adam must find sweet delectables whilst being hunted by all manner of creatures, animals and insects!! Spiders, Fly’s, Rats, Wasps, Cockroaches and even humans will stop at nothing to get rid of the ant infestation! Candy isn’t just lying around either; puzzles fill the worlds blocking you from success! Solve the puzzles whilst avoiding, running from or stopping your enemies!

After a mix up at birth, Adam joins the female worker ants in there battle to collect food for the nest. Adam gets nominated as the sweet collecting ant, the most challenging of all food collecting teams, as those fatty humans do not often drop these little delectables. Adam must roam vast human sized worlds hunting for those goodies that have been littered by man, but not all treasures are just lying around, obstacles and challenges will get in your way at every corner. Plus, you’re not the only one looking for food either, while collecting our tiny hero must avoid other insects and vermin who are hunting for the same thing (*and don’t forget those pesky humans).

You are not alone against these challenges though, other ants from your colony will help with tips, items and will even pull together to create ‘Ant bridges’ across deadly drops. Along with them you are also equipped with your ‘Antdar’ a natural radar that all ant’s possess, this will help you find the next candy piece, power ups and even your way back home. Power ups are scattered around the worlds to help you survive and reach previously unreachable areas! Jumping higher or running faster may come in useful.

So if you think you’re GiAnt enough to….

+ See your world from a different perspective – Experience everyday areas from an ant sized height.
+ The Garden, The Cinema, A Nightclub + More

+ Use your “AntDar” to find food, secrets and power ups

= Plus so much more

**More Than Just an Ant Simulator, this is an AntVenture**