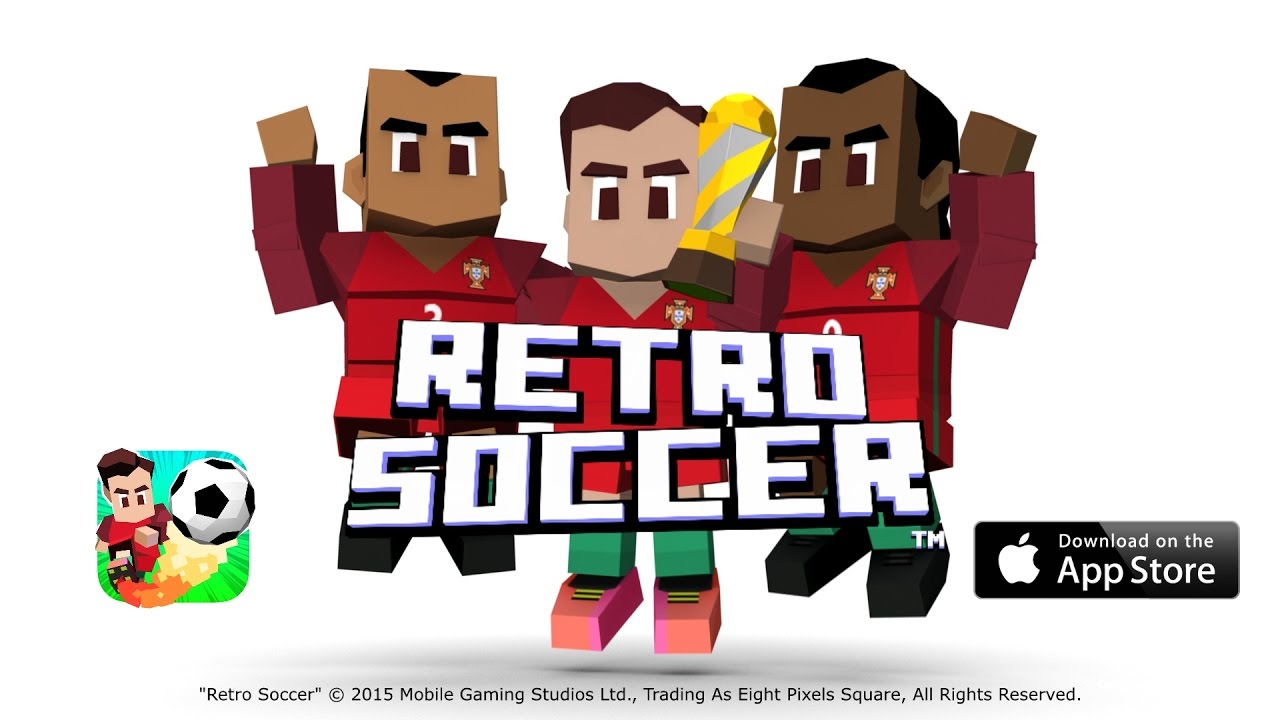 EightPixelsSquare announce the global launch of RETRO SOCCER – complete with classic gameplay that will stir nostalgic memories for football fans around the world. Build a world class squad and settle things on the pitch in RETRO SOCCER, the ultimate arcade soccer game – now available worldwide for free on the Apple App Store! Brought to you by industry veterans EightPixelsSquare, the creators of hit mobile games RAID HQ, All Guns Blazing and Cartel Kings.

RETRO SOCCER is a modern version of the soccer games you used to play, and it’s in a league of its own. Featuring fast-paced gameplay, retro-inspired 3D visuals, brutal hard hitting tackles, and intuitive touch controls. Take on hundreds of challenges (including some of the best comebacks and upsets in football history!), battle your way through World Trophy competitions and full league seasons, as you collect your favorite soccer legends to create your All-Star dream team.

RETRO SOCCER lets you share video of your epic goals and broadcast live gameplay to the world as you play. Regular updates including new players and content are in the pipeline, ensuring the most competitive football fans keep progressing to achieve global domination with their bespoke squad of legends.
Mat Sneap, VP and co-founder of Eight Pixels Square, says “We’re thrilled to bring Retro Soccer to football and video game fans the world over. Fusing the arcade-style playability of the golden age of soccer games from the early ’90s, with the very latest in mobile technology on iOS, Retro Soccer has been a labour of love for us. With more content to come, we’re delighted to revitalise this retro game style for a new generation. We can’t wait for fans to play the game and start sharing their goals!”

Get stuck in within seconds, connect with friends through Facebook and earn bragging rights as you become a legend! RETRO SOCCER is the football game you’ve been missing, and it’s available to download today for free.