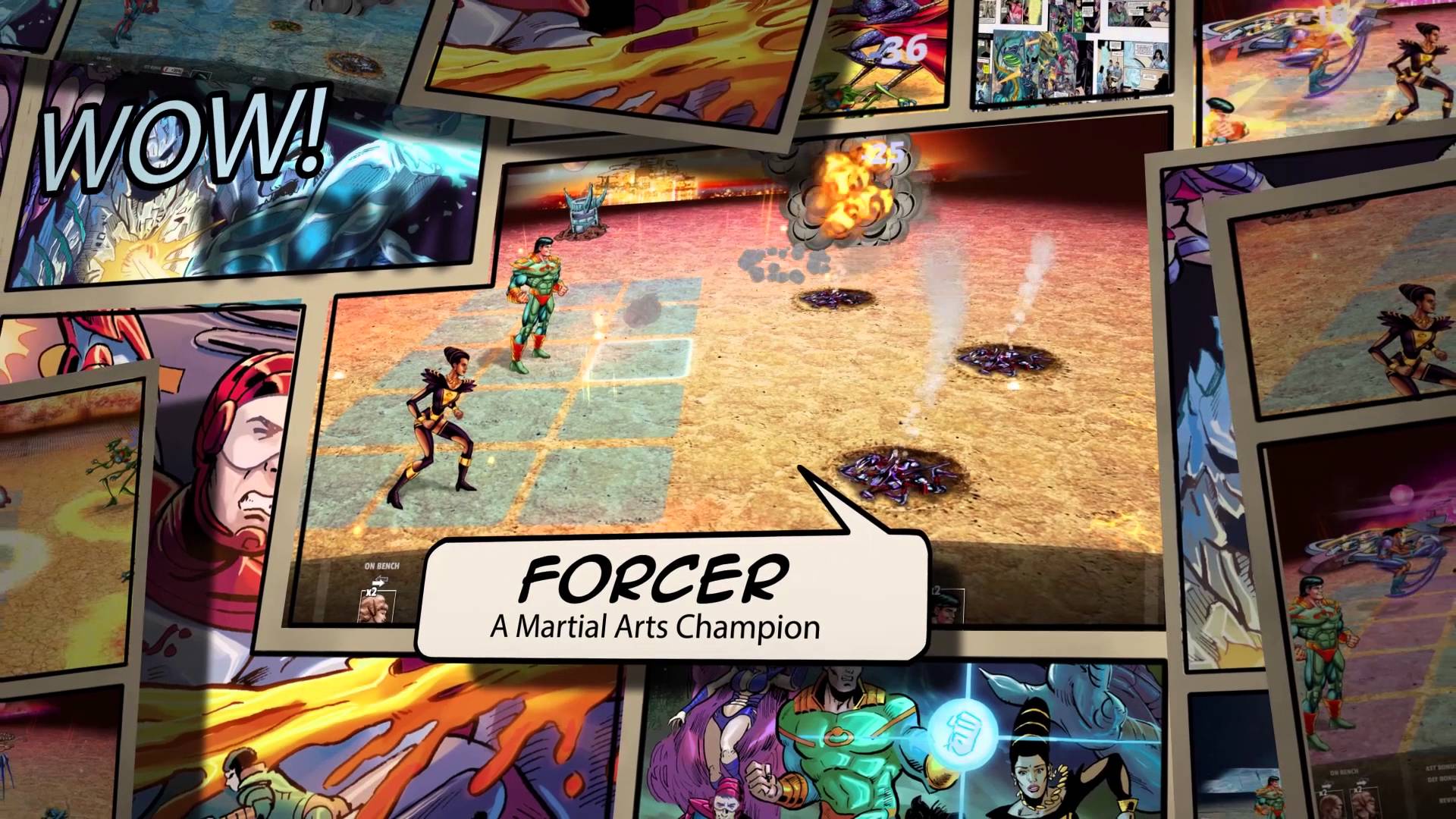 Gamer and fans of graphic novels can experience an intergalactic adventure like none other with today’s release of ComixPlay #1: The Endless Incident, a playable 124 page digital graphic novel that combines the story telling of a comic with the gameplay of a videogame. ComixPlay #1 is available for Windows and Mac via Steam.

The pop culture fusion was created by a group of graphic novel industry veterans, including former DC and Marvel illustrator Al Sirois, who has worked on iconic characters including Superman, Batman, The X-Men, Flash and Wonder Woman.

ComixPlay #1 begins like most graphic novels, with storytelling done via panes on multiple pages, but when players encounter a fight, they are prompted to either dive into the comic and join a turn based battle or skip the sequence and continue reading as if the heroes had won. Each of the superheroes has six to seven abilities to use in battle.

2116 AD: A genetically modified group of heroes from around the world known as “The Solar Defenders” embark on a mission across the galaxy to stop an alien menace from invading earth and destroying mankind. Aliens aren’t the only thing the Solar Defenders have to worry about – on their intergalactic journey the group will encounter tests of faith and trust as they discover the truth about each other and themselves.

“The cross section of people who appreciate video games and graphic novels is massive, but when these two art forms meet, it usually results in placing a character famous from one medium into the other.” says Assaf Cohen, CEO, ComixPlay. “ComixPlay #1: The Endless Incident provides an innovative entertainment experience that merges comics and games in a way that has never been done before.”

2116 AD: A menace from beyond the stars threatens the entire solar system and only the new genetically enhanced team of heroes, the Solar Defenders, can save it.

That is — if they can conquer their self-doubt and stop jealously fighting amongst themselves. As they chase their powerful and implacable foe from distant Pluto to all the way back to Earth itself, it becomes clear that they can no longer be sure that the people around them are still human – not even themselves!