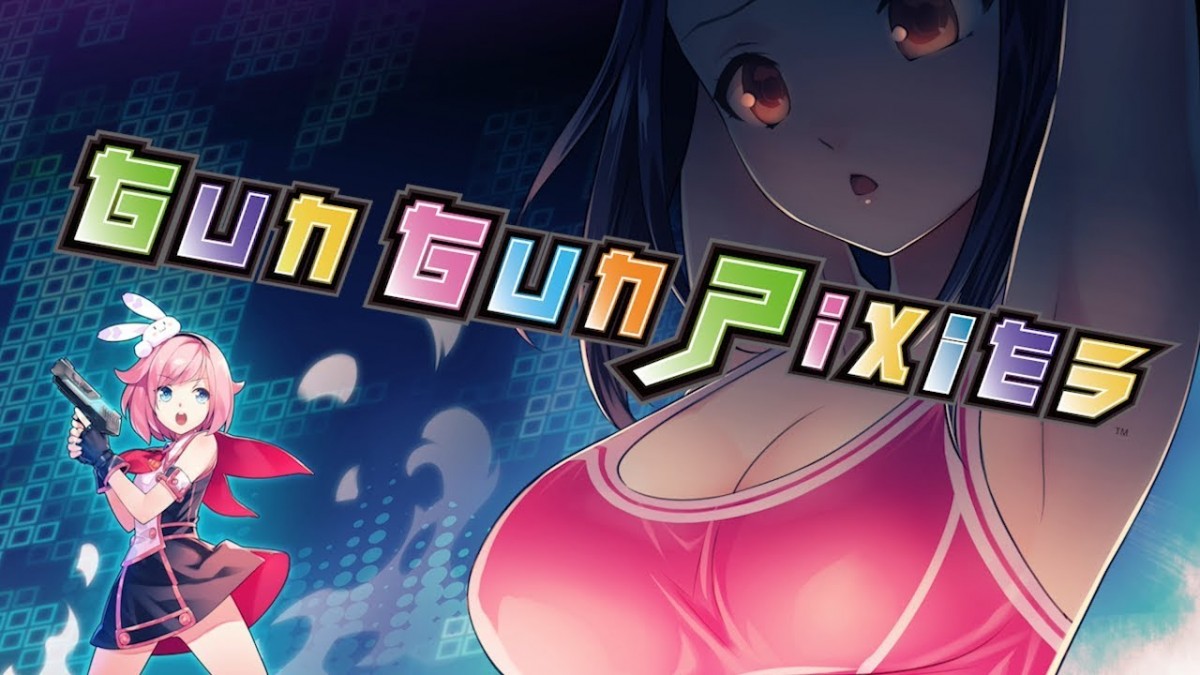 PQube and developer Compile Heart released Gun Gun Pixies for Nintendo Switch. The titillating mix between third-person shooter and platformer will be available worldwide for Windows PC/Steam on November 1st.

Pixies Bee-tan and Kame-pon are sent to Planet Earth to study the human inhabitants and gather vital intel on human behaviour. But forget everything you thought “studying” could be – because this is a third person shooter like you’ve never seen before!

The pixies infiltrate a women’s dormitory, where their subjects are as cute as they are giant! Armed with guns loaded with Happy Bullets – stealth will be required as you sneak around the girl’s rooms without being seen! Firing the harmless happy bullets will pacify the girls and allow you to study their social conduct.
Giant girls aren’t the only thing you’ll encounter as you explore the towering world around you! All manner of strange objects await you, including giant squids! Meanwhile collecting large coins hidden around the levels and completing objectives lets you unlock new weapons, lingerie, gadgets and costumes.
If we didn’t have you at “tiny girls from outer space infiltrate a women’s dormitory”, the Day One Edition of Gun Gun Pixies comes in a special Nintendo Switch collector’s box that includes the game and a high quality artbook! Countless concept drawings, gorgeous key artworks, all characters in alternative outfits and more make this goodie an indulgence for every manga/anime lover.