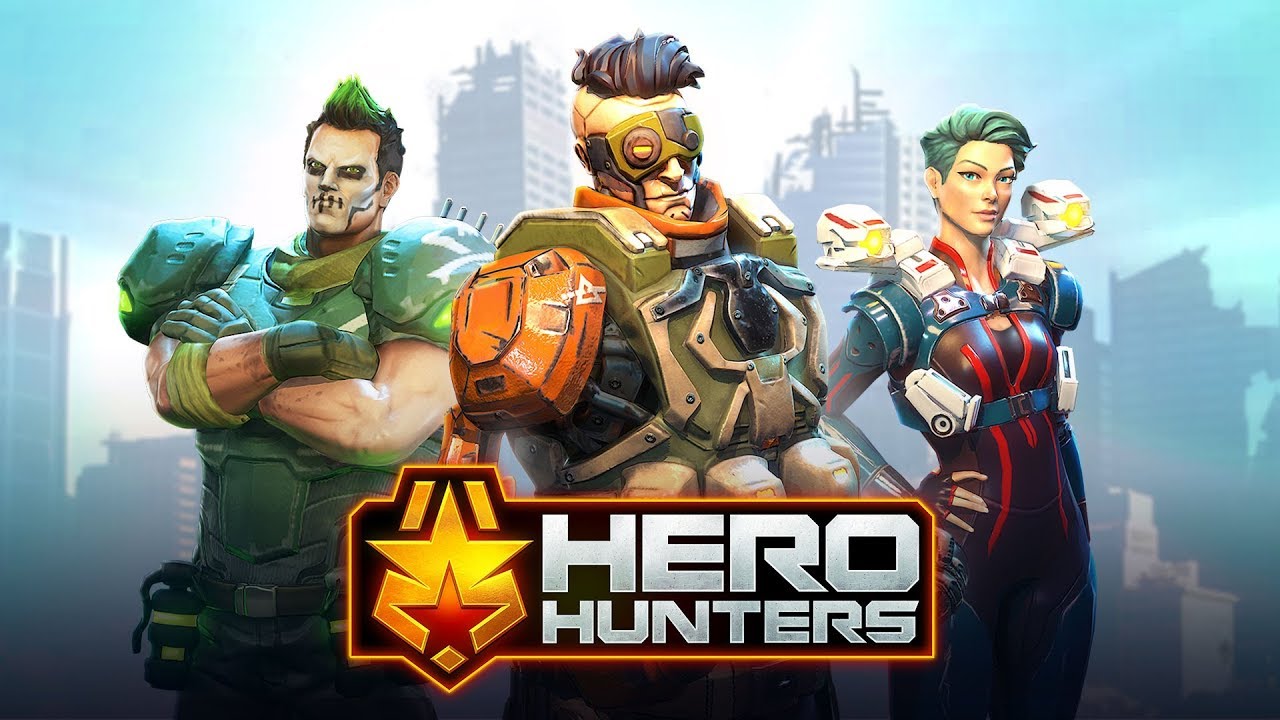 Players find themselves projected 50 years into the future, a decade after the “Zero Day” bombing event, when a biological weapon swept the earth and the world cascaded into a violent war that lead to the collapse of civilization. Players must lead a team of heroes to defeat the villainous warlord General Kurtz and hunt down his army of lethal “Lawgivers.”

In Hero Hunters, mobile gamers are able to quickly and seamlessly switch from hero to hero in the midst of fast-paced action, allowing them to play as whichever hero they want at any time. Whether controlling the archer huntress Artemis, the cyber ninja Odachi, or the heavy weapons specialist Steele, gamers can switch between any of the five heroes they’ve chosen to take into battle in order to gain a strategic advantage over their enemy. Each hero offers their own unique skills, strengths and powerful abilities that can quickly turn the tide of battle.

With over 40 heroes available, Hero Hunters features the high fidelity graphics and intense shooting action that Hothead Games has become known for, along with inventive team-based gameplay that is unique to mobile gaming. The extensive campaign mission experience launches with seven regions and hundreds of missions, but there is plenty more to this game. Players can immerse themselves in the single-player mode as they fight against raiders, bandits and worse in a post-apocalyptic cityscape, or join multiplayer action to dominate on the battlefield.

While fighting to restore order and justice, Hero Hunters players can experience these exciting features:

New regions, more heroes and exciting community events are planned in the coming months with exciting social gameplay being the focus of this game.