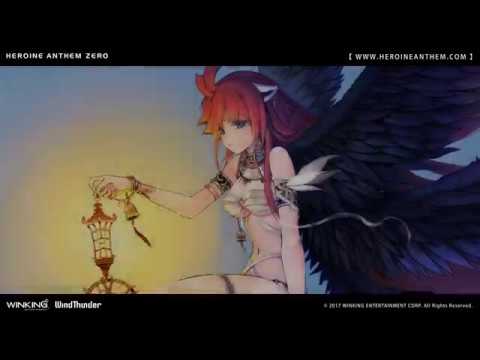 Heroine Anthem Zero Episode 1 is a side-scrolling platformer with RPG elements and a story-driven narrative. It is the first installment in an episodic series, set in a beautiful but harsh fantasy world where Men, Faeries co-exist with various creatures and monsters.

Humanity is tasked with protecting the World Tree Terasyr, believed to be the origin of life. The tribe of Men believe they protect the center of the world, generation after generation fighting against the nine-headed dragon driven to the ends of the earth.

Players step in the shoes of the protagonist Wanin Sarem, a young Forest Keeper, and part of the Uzato tribe tasked with protecting forests on the border. As fate brings Wanin and the wandering cat-girl Shama Kutami together, players can experience the entangling web of destinies that unfold as they fight for survival, unknowingly bearing the weight and sins of thousands of generations hereafter.

Heroine Anthem Zero Episode 1 features exquisitely detailed 2D visuals, bring the world of Heroine Anthem Zero to life with its vibrant characters and stunning world setting. From the architecture of the world, to the garments that different tribes wear, to the design of the boss creatures – these costumes reflect their culture and tell their own stories.

Heroine Anthem Zero boasts a hauntingly beautiful soundtrack, following in the tradition of the Heroine Anthem series: famous composers (known for their work in RPG classics such as Chinese Paladin series) as well as Japanese composers new to the series have joined forces to produce unforgettable music.