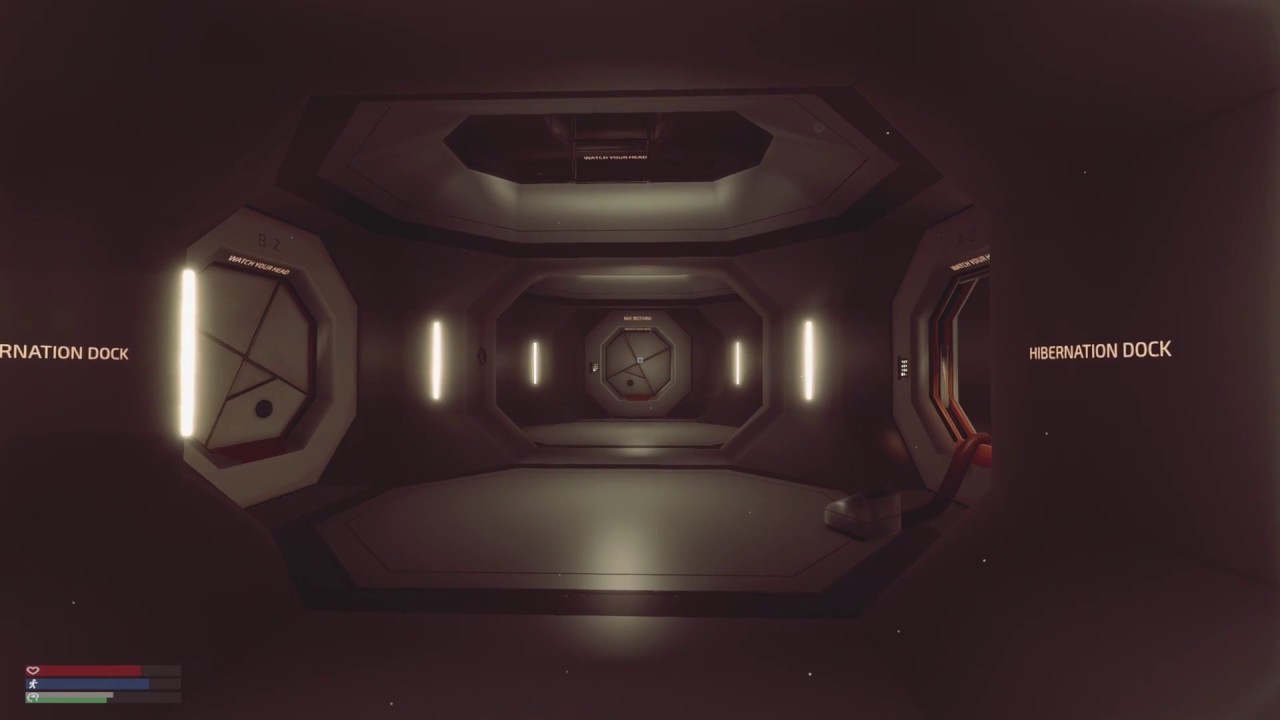 The game will release for PC and Mac in Spring 2017. The game is currently on Steam Greenlight.

In 2128, the world’s population is struggling for a better future. The Earth is hot, overcrowded, and divided by technology. With no options left, Sebastian Mar decides to join a dangerous celestial mining mission light years away.

Although assisted by robots and a central AI system, you’ll still have to use your ingenuity to survive. Watch your health, fatigue and mental state to make it by on this faraway rock. But as you find yourself caught up in a twisting story of interstellar intrigue, you might find yourself with more than your own survival on your mind…

Inspired by classic immersive simulations such as System Shock and Deus Ex, Hevn is a survival game with a difference: one that invites you to investigate a series of rich environments and uncover a complex and human story.

A simulated world, including a day/night cycle and random events

Use your in-game tablet to communicate with family and friends back home, as well as managing your current situation

Explore the world on foot, or use the hovering Cargo Transport to traverse the terrain with ease

Eat, drink, sleep, or take medications to help you survive. Hunt alien life forms and harvest plants for food. But be wary, as no resource is infinite…

Learn about the world by reading datagraphs for hundreds of objects. The more you read, the more expansive the story becomes

Use in-game currency to purchase upgrades, food, medication, and more – or send money back to your family