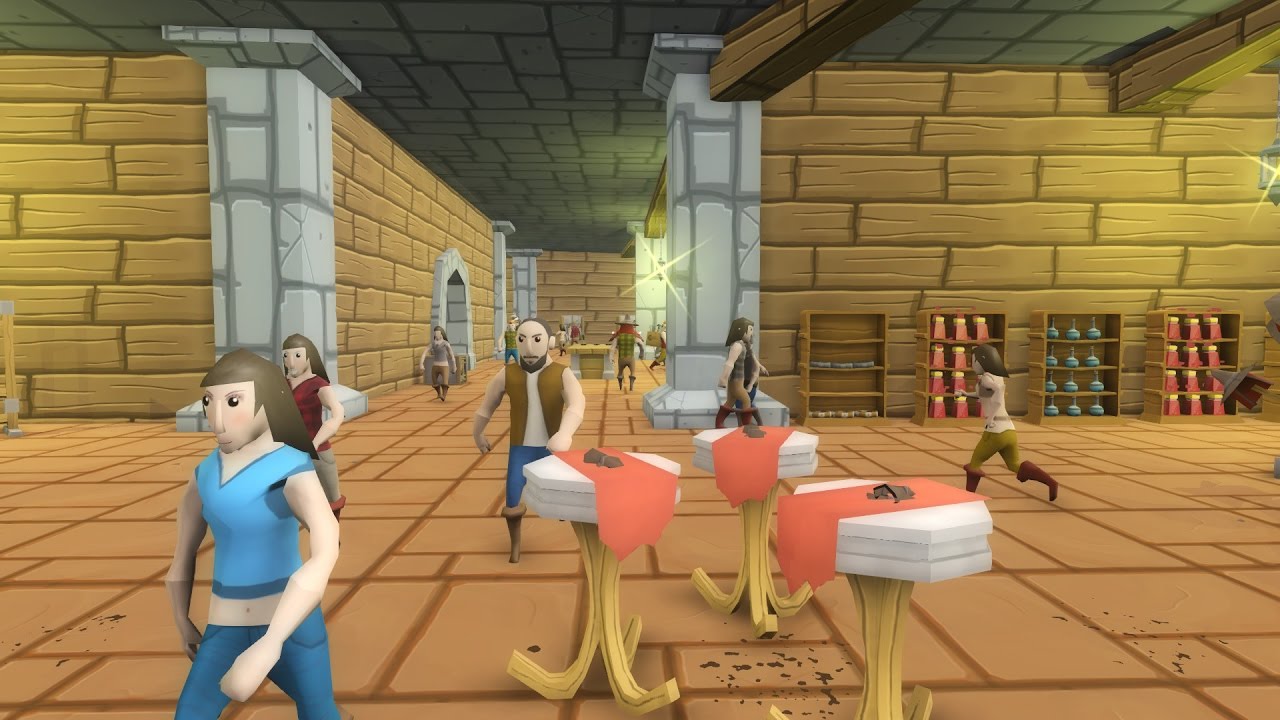 Shoppe Keep is a game like no other, which puts the player in a fantasy role that is normally reserved for an NPC. Setting up their own shop, growing it, and even defending it with swords and magic, players fully commit to running their business.

The stock ordered and the layout of the store is entirely up to the player, with herbs, potions, swords and bows all available to play a part in their fantasy business foray. The player controls everything, including the item’s prices. Each business decision impacts the world surrounding the player, with overpriced items encouraging thieves to pounce.

Shoppe Keep PC Receives a Highly Anticipated Update
While the Shoppe Keep team has obviously been hard at work, we have by no means forgotten the PC release that started it all. A brand new content update is now out for Shoppe Keep on the PC, focusing on making the game’s systems even deeper than they already are.

The content update brings an inn to Shoppe Keep, allowing players to take a risk by investing in a food and drink business endeavour. The new content update also adds the Crimson Sanctum quest, where players kit out an adventurer and send them on their way. With plenty of new cosmetic customisation options as well, the new Shoppe Keep update for PC is loaded with additions.