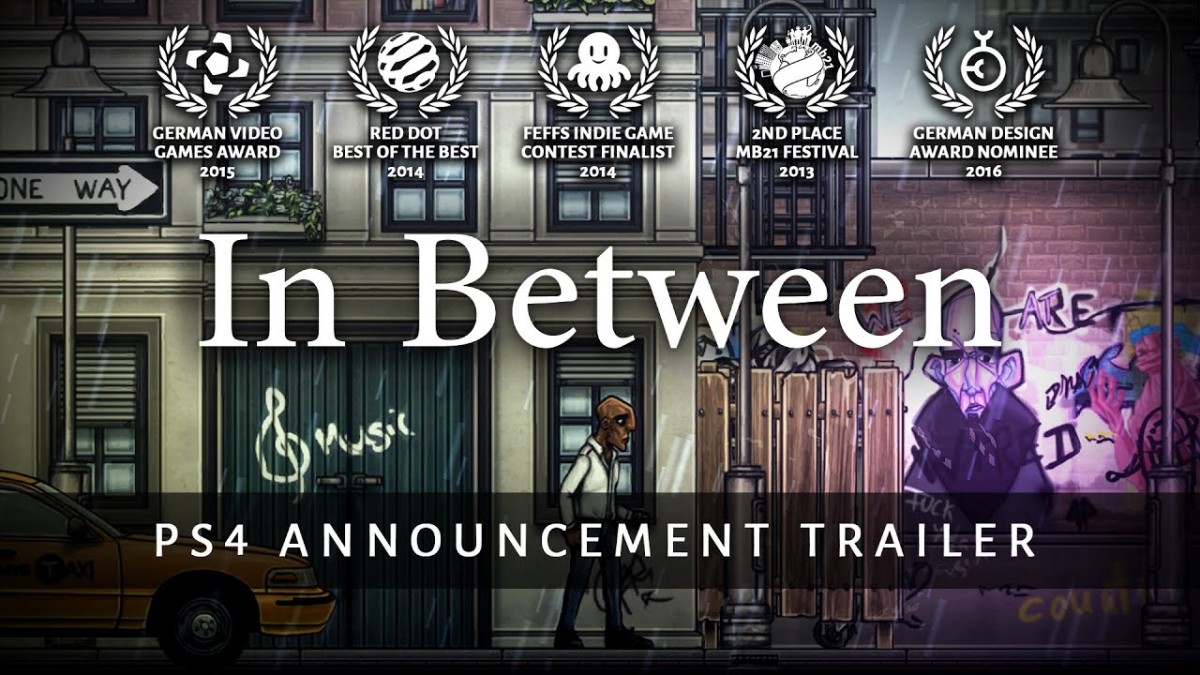 In Between, the unique puzzle platformer from Gentlymad and Headup, is set to be released for PlayStation™4 on September 18th.

This will be your chance to experience this award-winning masterpiece, wherein you indulge in hand-painted visuals as you embark on an emotional and psychological journey. Physics-defying puzzles which will challenge you time and again while reflecting upon the meaning of life and death. Unveil the story of a man who struggles for existence and help him come to terms with his own mortality and finiteness.

In the game the player reflects on the life of a dying family father, living through his lost fight against a terminal illness and his inevitable struggle for existence. In Between is more than just a physics platformer, it challenges players to immerse themselves in a thoughtful story that is at times sad and joyful. That way it proves one more time that games can be a form or art.

In Between is an atmospheric, award-winning platformer where you solve mind bending puzzles by manipulating your surroundings and gravity itself. Dive into the dense atmosphere of this hand painted game while exploring the reason why you are here. Welcome to a world In Between!