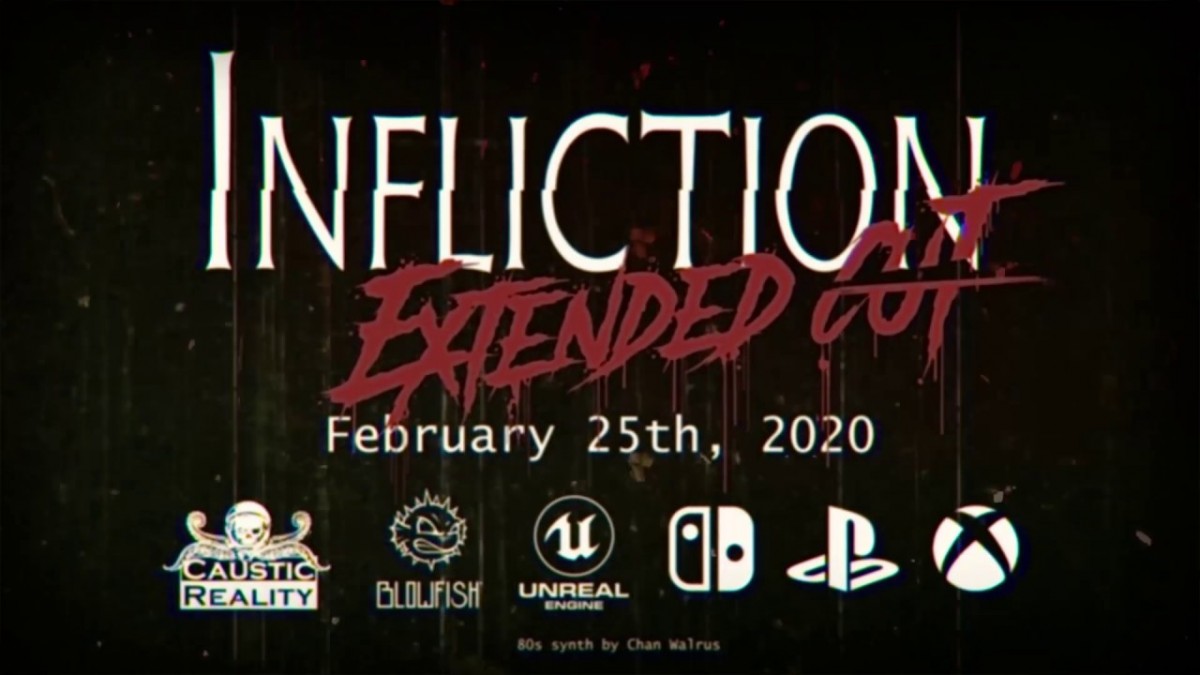 Infliction: Extended Cut, the psychological horror game from Caustic Reality and Blowfish Studios exploring the darkness haunting the remnants of a suburban family, strikes terror into Nintendo Switch, PlayStation 4, and Xbox One on Feb. 25, 2020.

Experience an interactive nightmare delving into the darkness plaguing a once-happy home. Set in the aftermath of unthinkable tragedy, Infliction follows the trials of Gary R. Pout as he pieces together the mystery behind a harrowing series of events. Explore a contorted version of his family’s residence to discover a way out before he succumbs to the malevolent spirits within.

Evade a relentless paranormal pursuer by ducking into closets, darting under beds, or utilizing light sources like camera flashes to make a fleeting getaway and continue Gary’s search. During the struggle to survive, pore over household objects for secrets, hidden messages, and clues to find new paths, make revelations, and hopefully bring this terrifying ordeal to an end.