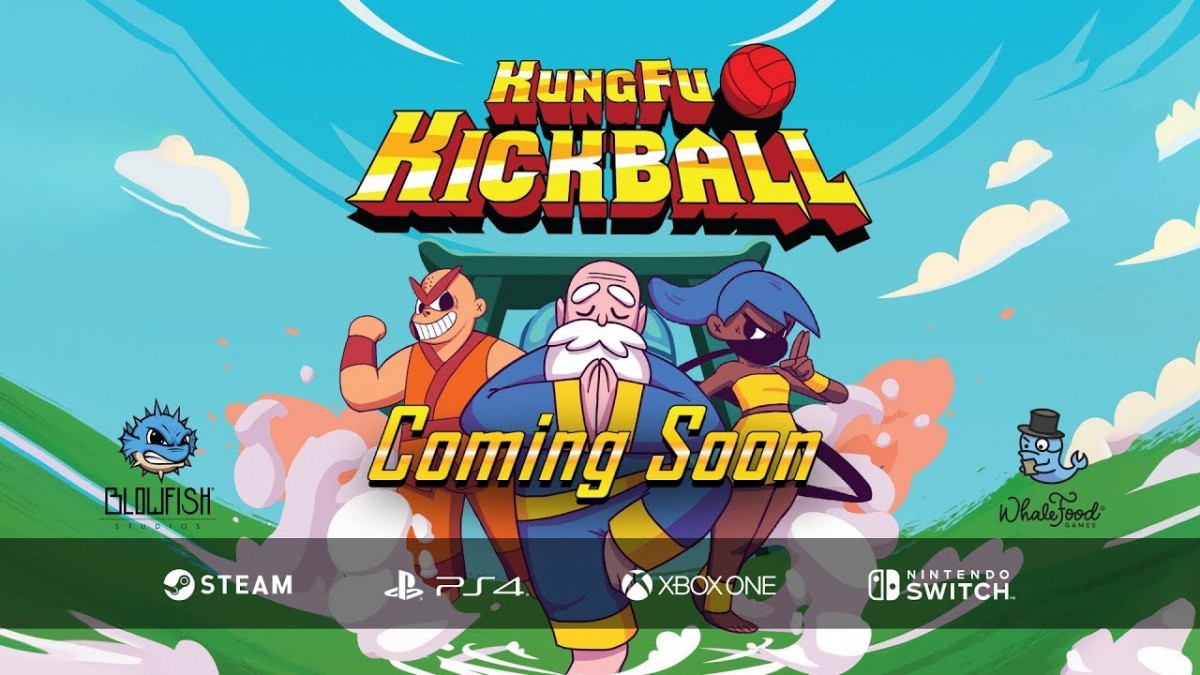 Square off against friends in a fantasy sport that infuses the action of soccer with martial arts. Unleash a whirlwind of kicks, punches, and magical abilities to take out the opposing team and boot the ball downfield. Score points by overpowering or outmaneuvering rival defenders and send the ball crashing into one of the gigantic bells at either end of the stadium.

KungFu Kickball makes use of minimalistic controls to create an accessible yet competitive experience. Matches are fast-paced tug-of-war-style showdowns where players switch between offensive strikes and defensive stands at the drop of a hat – or the ring of a bell. And with six stages and three player classes to choose between, every match takes on its own character.

Featuring local and online 1v1 and 2v2 multiplayer, KungFu Kickball allows for rivalries to form on the couch or over the Internet. Challenge friends, foes, and strangers alike to see which side can pull off the best maneuvers and ultimately determine who is the KungFu Kickball master.